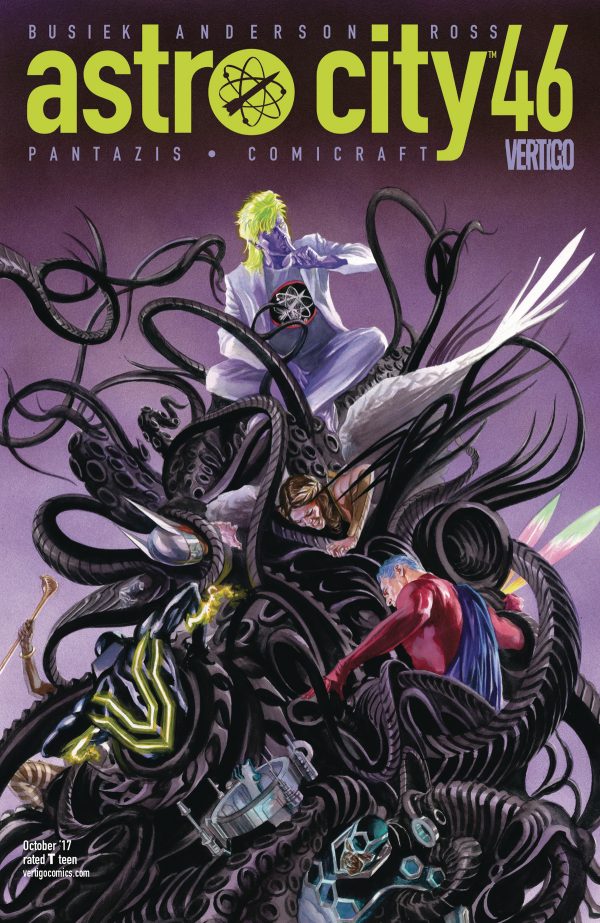 The Broken Man, the character in lavender at the top here, has been popping in and out of this series for a while, talking to us the readers in a crazy way, introducing stories about music-related characters throughout Astro City’s history. This issue finally resolves many of the questions and mysteries surrounding Broken Man and all the related musical rebels. Because there’s a lot to explain, there’s a lot of narration, and the action feels somewhat distant, but the revelations make up for that in my opinion. We also learn more about The Oubor, who has been threatening The Broken Man and others in a Lovecraftian way. Kurt Busiek’s writing, and the art of Brent Anderson and Alex Ross (cover) as well as colors by Peter Pantazis and letters by John Roshell and Sarah Jacobs of Comicraft, all mesh perfectly in the crazed lavender saga told here. (I don’t envy Comicraft all that wonky lettering for The Broken Man.) A good read.