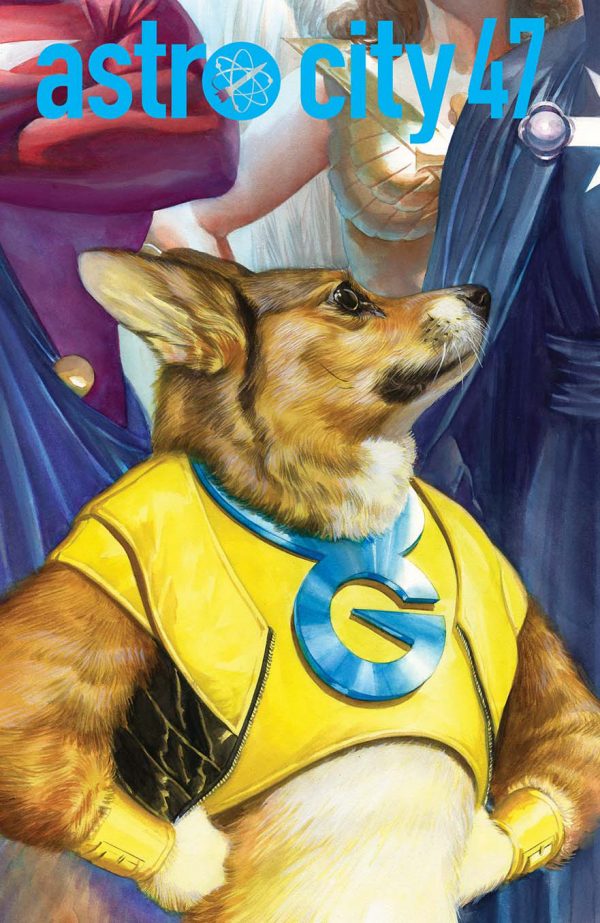 A few issues back there was a super-cat story, and this time it’s a super-dog, G-Dog, a human-Corgi meld created by a magic medallion. Andy is a small-time thief who picks up the amulet, and when he gets home to his Corgi puppy, Hank, something happens that creates G-Dog, a creature with Andy’s mind and Hank’s canine abilities. Hank’s part of the meld does more for Andy than he first realizes. Somehow Andy knows that Hank disapproves of his thievery, and wants them both to do good by fighting crime. This change in Andy’s direction brings him many new opportunities, and a new girlfriend, Esme. But Andy is in debt to bigger criminals, and won’t get out of that so easily.

Damn, this is cute! Fun to read, charming, and wise, too, which is no surprise for this title. Joining writer Kurt Busiek is artist Mike Norton of BATTLEPUG fame, and it continues to the next issue, which I’m looking forward to.