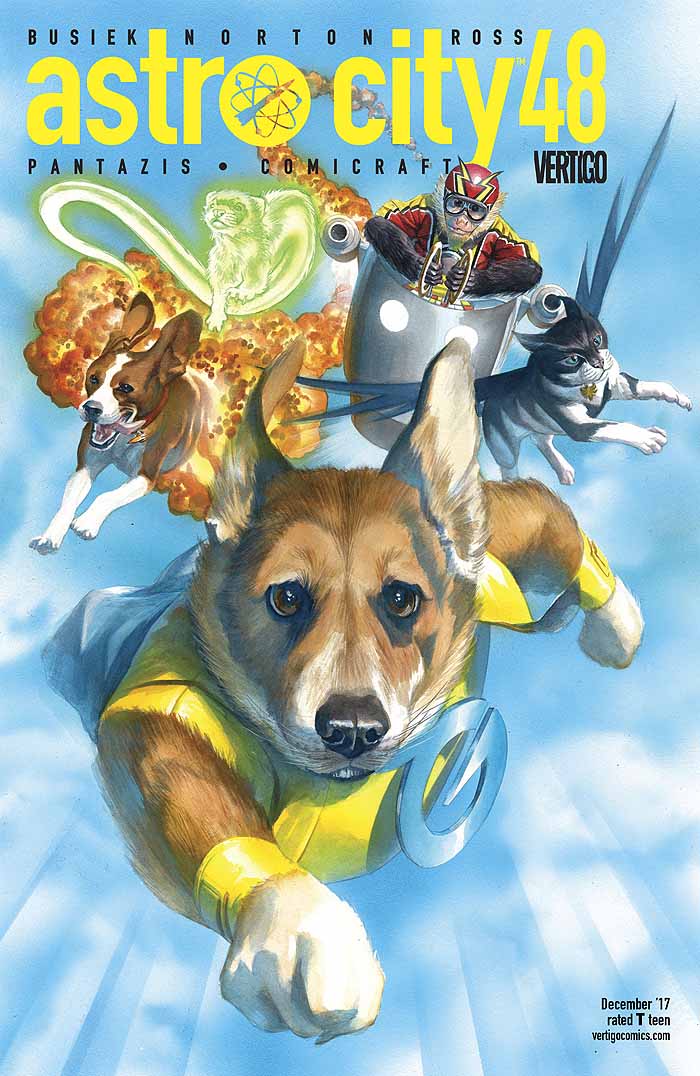 I love animals, and clearly Kurt Busiek does too. I can certainly buy into the “dog as hero” idea, and have since Lassie, Rin-Tin-Tin, Krypto and Rex the Wonder-Dog. Kurt’s choice of a small, cute Corgi is all the more endearing.

The conclusion of this two-parter has Hank the corgi’s owner and super-partner Andy reveling in their merged abilities to fight crime, but facing some other tough issues. First, he returns to the scene of his own crime; where he stole the magic talisman that gave them powers, and the woman he stole it from. Next, he faces the question of where his relationship with Esmé is going. Do they have a future together? Then he’s invited to join a super-pet hero group. Is that a place he will fit in? Finally, toughest of all, he must face the fact that his dog Hank is getting older and won’t live nearly as long as he will.