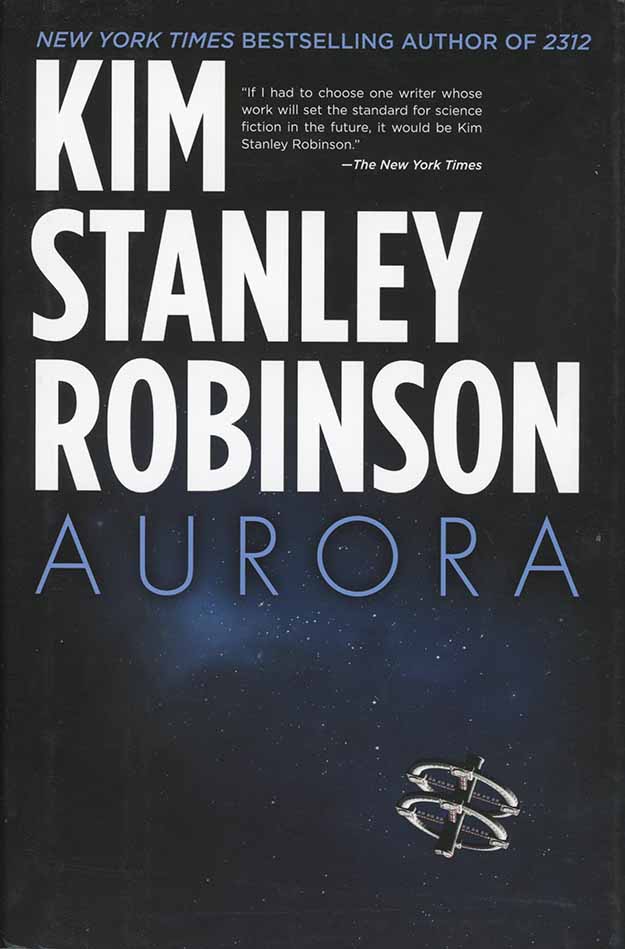 When I started reading science fiction in my teens, I gravitated toward the easy to find novels by the big three: Robert Heinlein, Isaac Asimov and Arthur C. Clarke. Kim Stanley Robinson seems to be in that same mold of epic storytelling encompassing many years and many lives, building a story on a grand scale. I enjoyed his Mars trilogy, and like this one just as much. It’s the story of a “generations” star-colonizing ship sent from Earth to the star system of Tau Ceti, 12 light-years away. The ship is a large double-torus around a central drive shaft with each torus containing 12 bio-zones inhabited by plants, animals and people from different parts of Earth. It left Earth in the year 2545 and attained a speed of one-tenth light year. At that speed, the ship would arrive after about 170 years, and several generations of inhabitants.

We pick up the story with the ship beginning deceleration into the Tau Ceti system, with years still to go to arrival, but getting close. The trip has not always gone well. There was a population revolt early on against some restrictive birth policies, a mutiny that caused much destruction. Peace returned after some bloodshed, and repairs were made, but the ship is aging and some elements hard to recycle are in short supply. Delicate balances in many systems are difficult to maintain, viruses and bacteria have evolved much more quickly than humans, creating more problems. Keeping the ship going falls largely on the shoulders of Devi, the ship’s best problem solver and the woman most often in touch with the ship’s quantum computer, which is its brain. Devi’s life is very difficult. Her partner Badim and her daughter Freya try to help, but only Devi has the education and intellect to do what she does. When Devi becomes ill, who will take her place?

Freya becomes the main character of the story as the ship nears the moon Aurora in the Tau Ceti system, the prime choice for their settlement. Freya has spent a lot of time in all the 24 environments of the ship getting to know a large percentage of the voyagers. While she doesn’t have her mother’s scientific knowledge and talent, she understands people, and helps keep them united. When Devi passes, and the colonization of Aurora begins, Devi is seen as their leader…until an unexpected menace turns their new colony into a death trap. What course will be taken next is a subject that deeply divides the people of the ship and the colony, and even Freya can’t keep them together.

Like the Mars trilogy, this is a long book, 468 pages, but it kept my interest throughout and I enjoyed it. If you like hard science epics, this is a good one. Recommended.