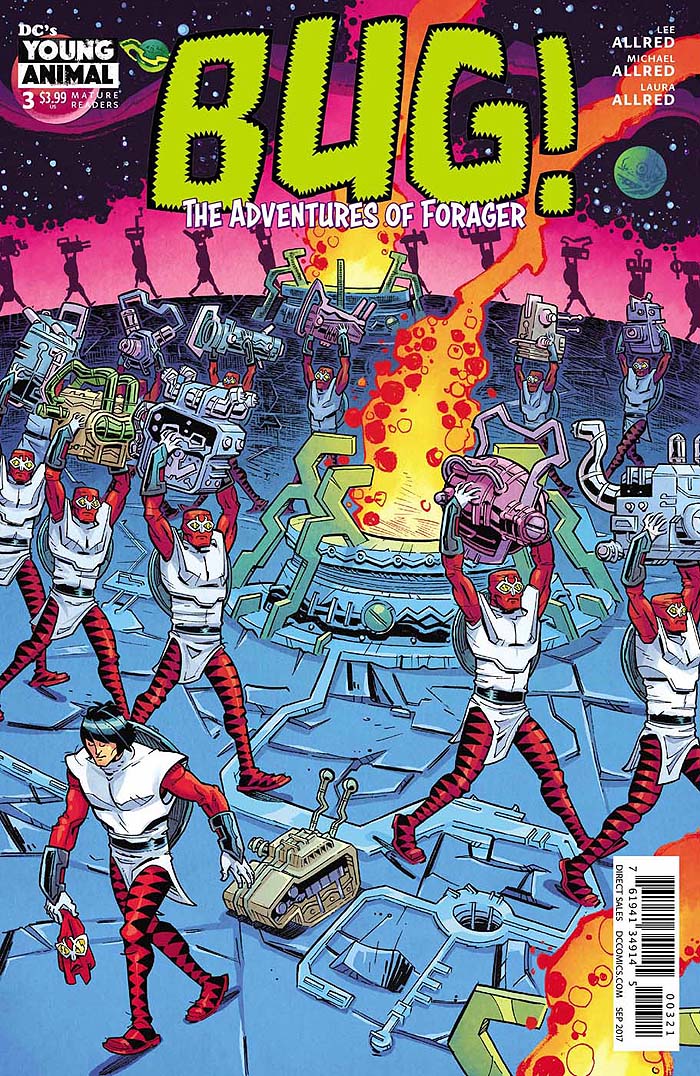 This is one wacky series. Start off with Jack Kirby characters and ideas, add the craziness of an Allred comic (times two, brothers Lee and Michael), flavor with touches of Bizarro and Ambush Bug and serve in four colors. If Jack Kirby had any idea of what these guys were doing…he’d probably laugh.

Bug has been teleported to a past time and place by a magical teddy bear right into a suspiciously convenient haystack (so labeled). Soon, he and the ghost girl owner of the teddy bear are traveling by Yak, following the teddy bear’s plan, because…why not? When they make camp, they’re accosted by Atlas, another Kirby character, but this version of Atlas talks and acts a bit more like Bizarro, or The Hulk in his goofier moments. When that’s out of the way, the teddy bear fills Bug in on what happened to him when he died (in the original Kirby appearance of the character). Next day everyone heads to Hyssa, the city of lizards, where Atlas wants to hill the leader, and Bug just wants to figure out what’s going on.