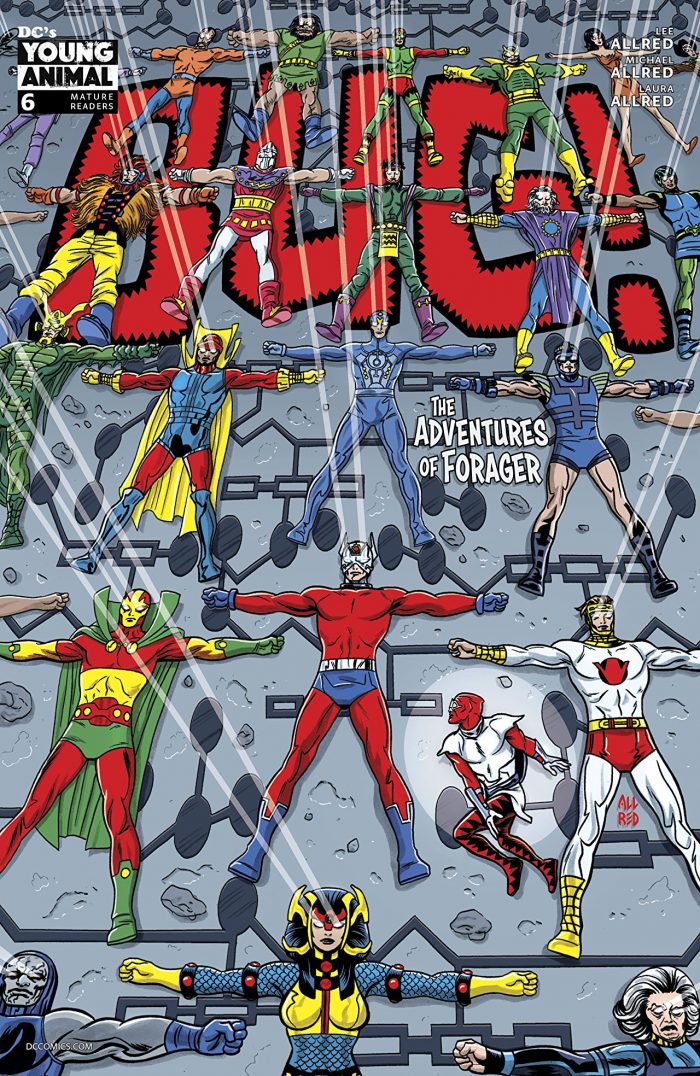 The final issue of this series is, like the rest, trippy fun with lots of Jack Kirby overtones and characters. Bug has reached New Genesis to find it has been converted into a board game, with the New Gods as cardboard place markers. His nemesis, Chagra, the cause of trouble on the many worlds Forager has visited is revealed as someone a little different, and the unleashing of The Black Racer seems to mean certain death for the title character. Meanwhile, two Source Walls and the connections between them are explored, the conflicts are resolved and final mysteries revealed amid philosophizing and reunions.

I enjoyed this series particularly for the great art, and the fun everyone is having with the Kirby concepts and characters (much less grim than many recent versions). Recommended.