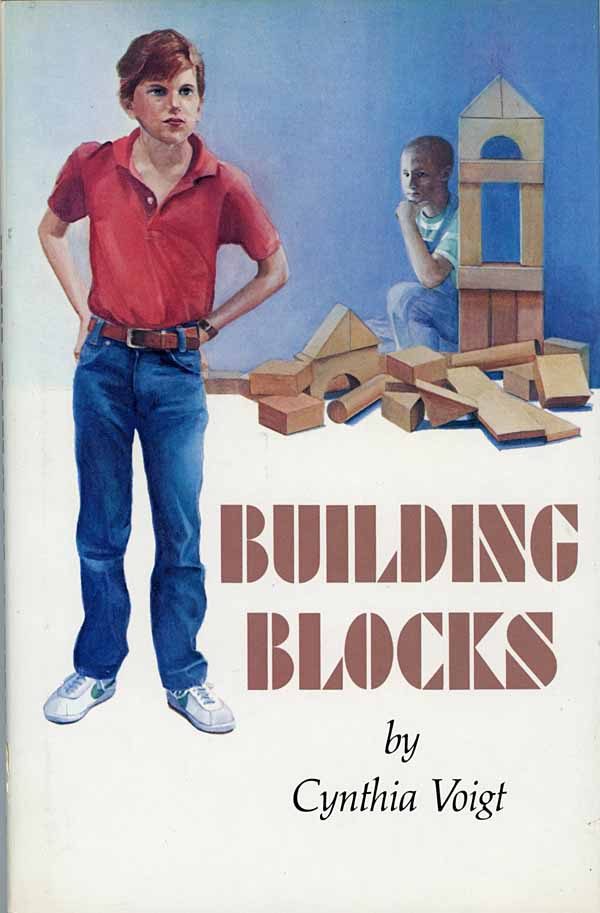 The other early works by Voigt that I’ve read have been realistic dramas about broken families and troubled teens written very well. This one from 1984 is a departure in that the main character, Brann Connell, goes back in time. In the present, Brann’s family is having their own troubles. Brann’s mother wants to go back to school to become a lawyer and help the family’s flagging fortunes. Brann’s father is an architect with a good job but no ambition. He’s recently inherited a family farm that he wants to go live and work on, but that would mean quitting his current job. If the farm was sold and they stay where they are, the money from it would allow Brann’s mom to go back to school.

Tired of their arguing, Brann retreats to the basement and builds a fort around himself with a set of wooden blocks built by his father. He falls asleep there, and when he wakes up he’s in a different time and place, in the room of a boy named Kevin whose family is also troubled. Kevin’s father is a tyrant with strict rules that, when broken, result in severe punishment. His mother is exhausted from caring for their large family, and pregnant with another child. As Brann tries to fit in to this new situation, he finds a friend in Kevin, and tries to help him through family mishaps and adventures gone wrong that Kevin, the oldest, always seems to get the blame for, something none of his siblings seem willing to do. It takes a while, but Brann finally figures out that Kevin is his own father as a boy. Voigt uses the time travel experience to give Brann new insight into his father in a story that, as usual, is well written and satisfying. The plot spirals back to the present eventually, where Brann sees his own family through new eyes.