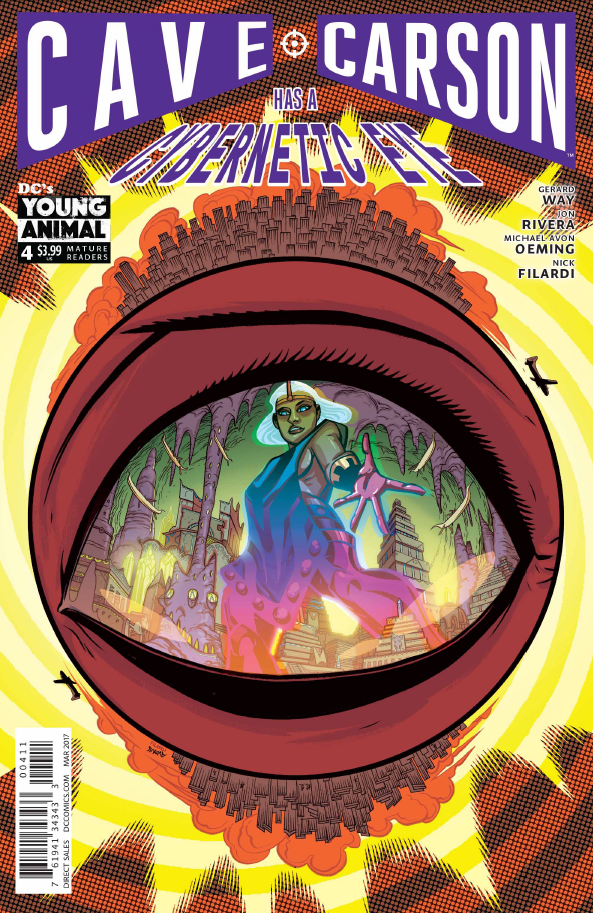 Cave has stolen his subterranean car, the Mighty Mole, and with his daughter and Wild Dog (for some reason) has fled to the underground kingdom which was the home of his wife and her people. It’s now in ruins and haunted by ghosts. A newer Mighty Mole is after them, with a team intent on retrieving Cave and his crew and vehicle. That group is led by one of Cave’s former team, Johnny, who is a reluctant pilot. The rest of the team are corporate stooges ready to take down the fugitives. Cave will not go without a fight, and the underground land has a few surprises for both groups. Meanwhile, Cave’s former boss is cooking up more trouble back on the surface.

I have to say I like the story and characters better than the art on this book. I keep waiting for the art to draw me in, but instead I find myself puzzling out what some of the pictures are meant to be showing, taking me out of the story. I’ll stick with it, though, as I want to see where it goes.