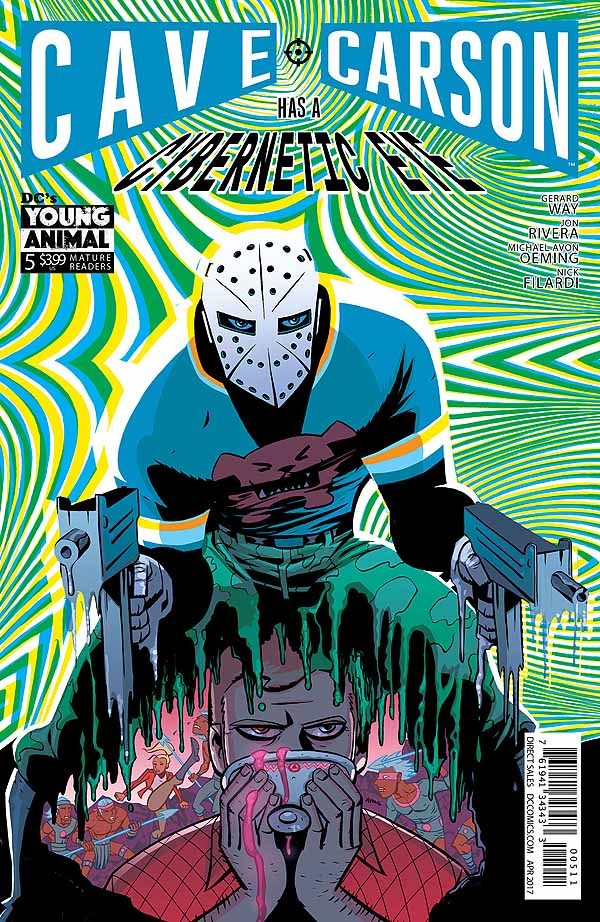 Cave and his crew are in the underground kingdom of the Muldroog, the people from which Cave’s wife came many years ago. Cave’s daughter, Chloe, is here too, and both of them are learning new things about the history of the Muldroog, the ancient evil force known as The Whisperer that they imprisoned and guard, and why that force is about to become a threat again. Cave and Chloe are rejoined by their wife and mother, who had returned long ago to her people. Also here are another crew of underground explorers from the EBX company, bent on freeing The Whisperer and destroying the Muldroog, as well as capturing Cave and his team. When the two groups meet up, trouble happens.

I liked this issue better than the last one. The back story and characters have me interested again, even though I’m still not loving the art. It’s full of cool effects, but very abstract at times and sometimes hard to “read.” Perhaps it will grow on me. I don’t yet know why Wild Dog is in this book, but at least he fights well, so that may be it.