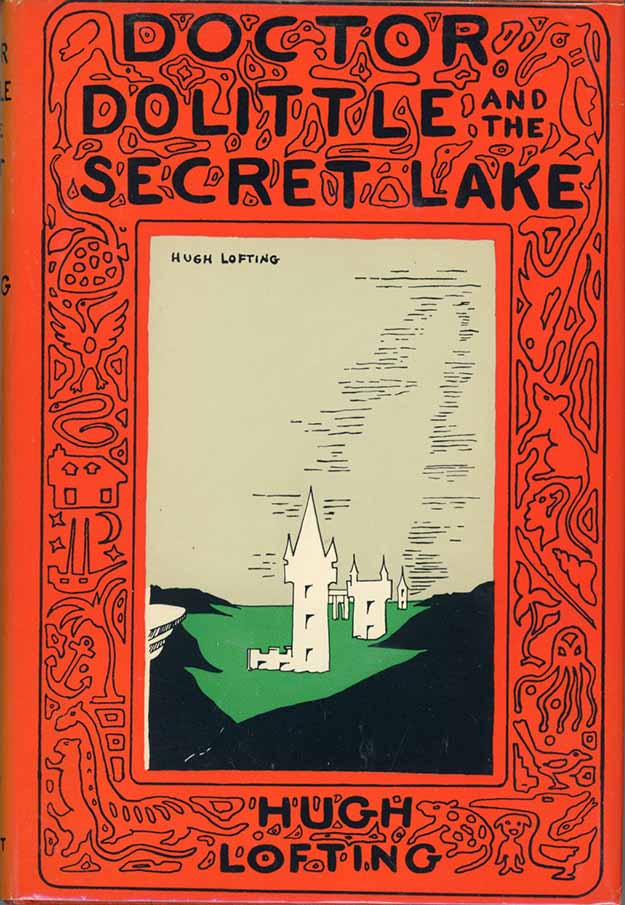 This book follows directly from “Doctor Dolittle’s Return,” with the Doctor growing discouraged with his attempt to grow plants from seeds he gathered on his trip to the moon in an effort to recreate their long-life properties. His assistant Tommy Stubbins and his animal family want to cheer him up, and they think a sea voyage would be just the thing. They hit on the subject of Mudface, the ancient turtle who was aboard Noah’s Ark that the doctor met in Africa, but when Tommy decides to get the Doctor’s notes on him from storage, it turns out they’ve all been chewed up by rats making nests. Meanwhile, Cheapside the London sparrow and his wife Becky have been sent to Africa to find out what’s going on with Mudface, and learn an earthquake has buried him under rubble and mud in his secret lake in the swamps. All this precipitates the Doctor returning there on a voyage to help Mudface and to get him to retell his story about the biblical flood he witnessed.

One interesting thing about this book is that it was begun right after “Dr. Dolittle’s Post Office,” where we first met Mudface, or perhaps was originally meant to be part of that book but cut for length or subject matter. The beginning of the book certainly seems to be written later, as it involves things that happened later. About half the book is Mudface’s tale of the ark and the flood, which is mostly different from the biblical version, makes the turtles heroes of the story, and does not paint Noah and his family in a very good light. I quite enjoyed reading it again. One aspect of the story resonates in an interesting way: some of the animals want to kill the few remaining people so that they will be rid of man’s domination of them, and constant warfare. Prescient of Orwell’s “Animal Farm”?