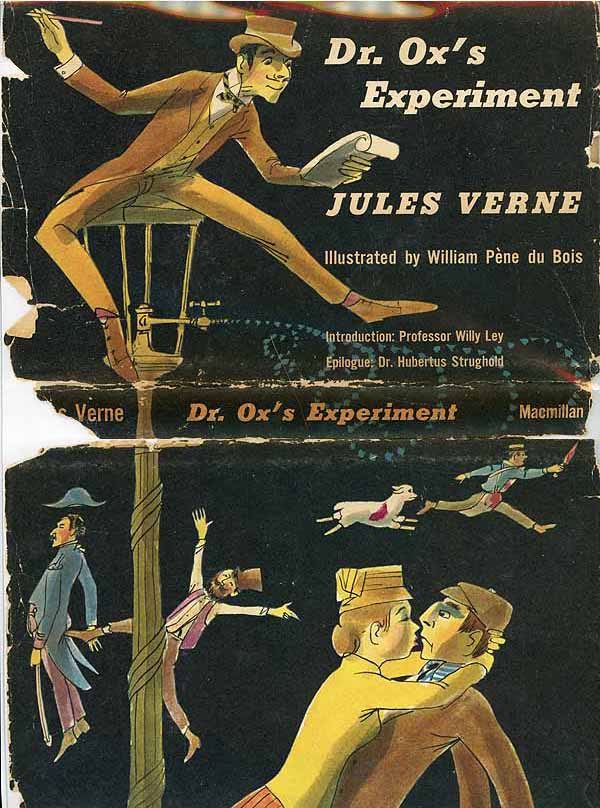 Here’s a book I didn’t know existed but was delighted to find in a used bookstore recently. I’d heard of the humorous Jules Verne short story, and might even have read it once, but the real delight came from the wonderful illustrations by du Bois, a favorite author and illustrator of books for children in his own right. While many of his own books are mostly pictures, several are novels for older children, including the Newbery award-winning “The 21 Balloons,” and equally wonderful “Peter Graves” and “The Giant.” Though born in New Jersey, du Bois spent ages eight to fourteen in Paris, and perhaps came to love the work of Jules Verne there. Much of his own work follows similar themes of science fictional adventure stories. 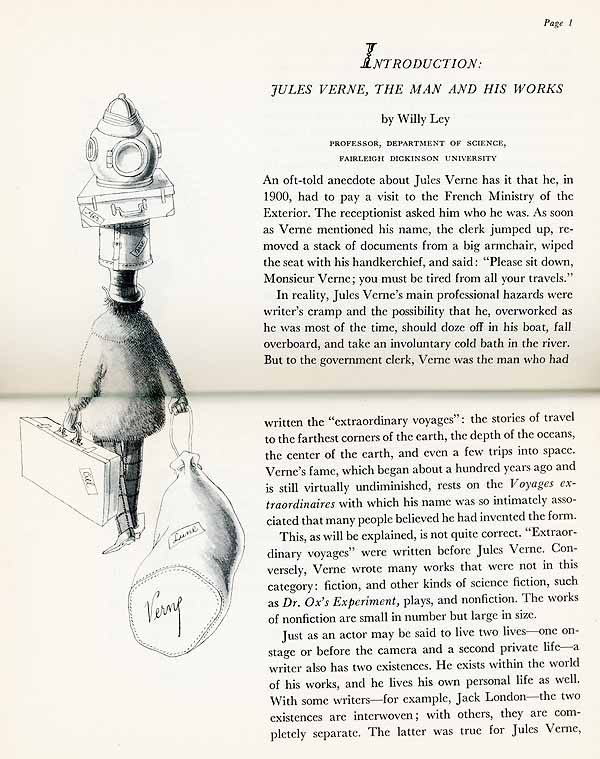 In addition to the illustrations on every two-page spread throughout, the book’s unusual design gives it additional charm. You read the entire book sideways, with each spread forming a large page, as seen above. There’s an introduction by science writer Willy Ley outlining Verne’s life, and an afterword by Dr. Hubertus Strughold analyzing the science in the story. 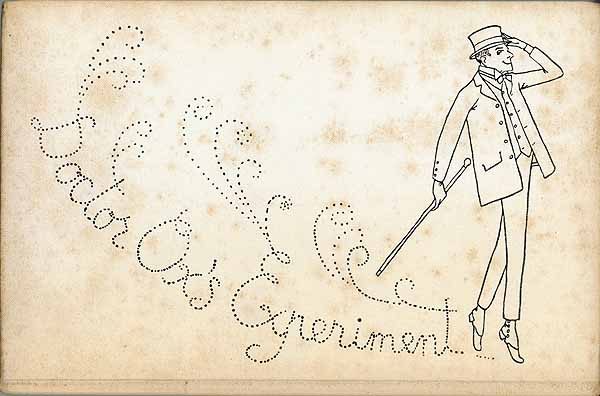 Front cover of the book inside the dust jacket.

The story itself is only mildly amusing. Dr. Ox and his assistant Ygene have come to a small, bucolic Flemish town in mid 1800s northern Belgium where little has changed in hundreds of years, and the entire populace and their animals have become lethargic and extremely slow in every way. For instance, at the local opera house, the musical pace is so slow that it takes an entire day to perform one act of an opera. The most important men in local government are the Burgomaster Van Tricasse and his friend Counselor Niklausse who run things by doing as little as possible. Somehow Dr. Ox has convinced them to set up a new gasworks that he says will supply the entire area with gas-fueled lighting, and the plant and infrastructure is soon built, but actual lights seem to be taking a long time to arrive. 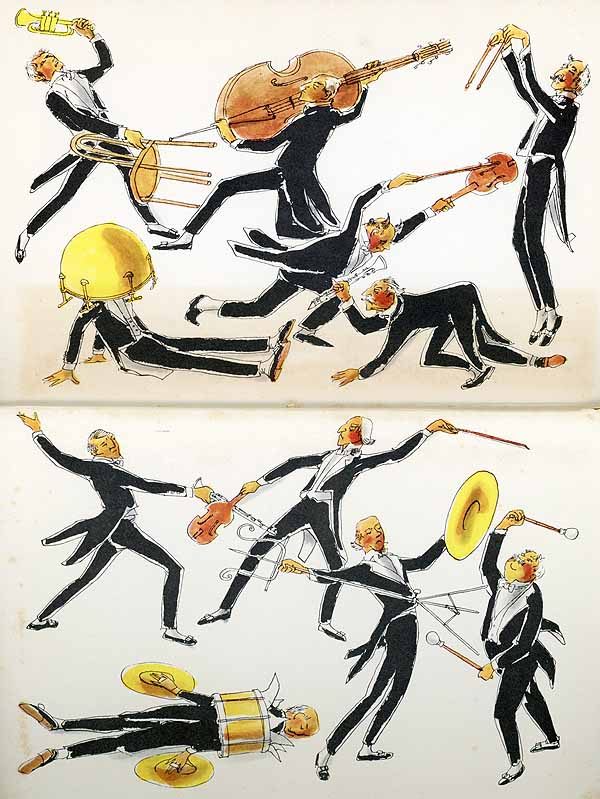 As the story progresses, we find out the real “experiment” is to flood the town with pure oxygen to see what effect it might have on people, animals and plants. The effects on people are soon seen where the gas is being emitted: everyone becomes animated, energetic and soon excitable, irritable, argumentative and even violent. Animals are equally affected. Plants achieve such vigorous growth that giant vegetables and fruits are soon being produced. Eventually the town is so roused to action that they decide to declare war on a neighboring town and gather to march on it. 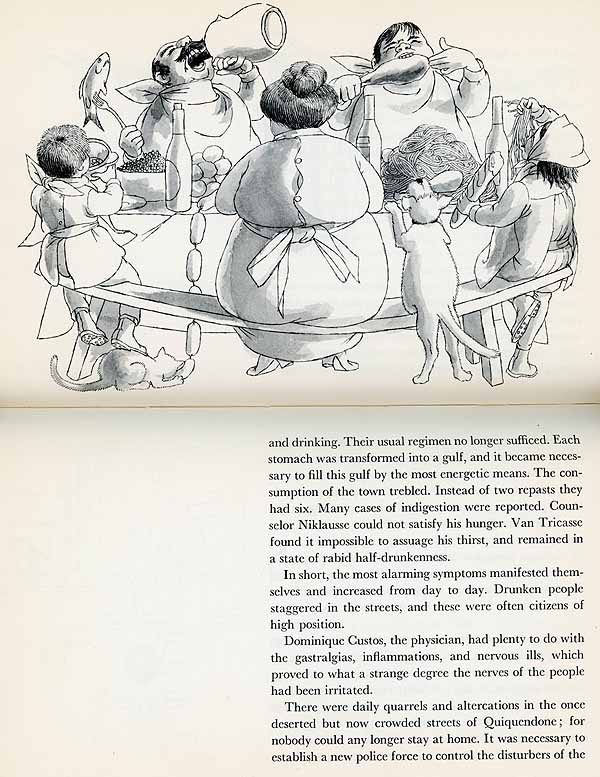 This is more of a social comedy than a real science fiction tale, and Verne’s ideas about humor are rather bland and obvious. The illustrations are generally more amusing than the text. The afterword by Strughold explains that, though based on ideas of the time, the science in the book is actually wrong in most areas, and oxygen, while dangerous if breathed in large amounts for long periods, does not have the effects described. I love some of Verne’s adventure stories, but humor was not his forte. I’m still delighted with this book because of all the terrific art and design.