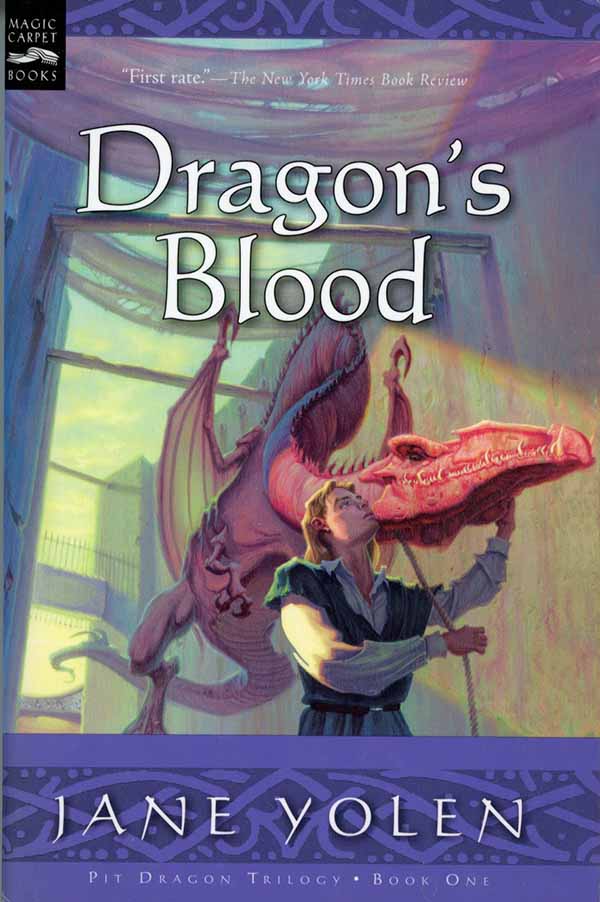 There have been a lot of dragon-centric fantasy books since Tolkien and C.S. Lewis brought them to fame. Of the ones I’ve read, this one seems most similar to the Pern novels of Anne McCaffrey, except that the dragons of this particular distant planet are mainly used as fighting animals in arenas, similar to what the Romans did with lions and other wild beasts.

Jakkin is fifteen and works for a Dragon Master, cleaning dragon stalls and giving the huge beasts mud baths. He is a bond servant, meaning he must work for his master, Sarkkhan until he has earned enough coins to buy his own freedom. Jakkin longs to be a dragon master himself, and he steals a young hatchling dragon from the master’s dragon birthing stalls and takes him to an oasis in the desert outside the compound, hoping to raise and train the baby dragon on his own, secretly. Back in the compound, Jakkin has friends among the other bond servants, and one enemy, an older man named Likkarn, in charge of the young bonders, who seems to have it in for Jakkin and even causes him to be badly wounded by an angry dragon. Jakkin’s plan seems hopeless, but somehow, with help from a few others in the compound, he manages to raise and train the young dragon, forming a mental bond with the creature that only the best trainers can. But how can he possibly get his secret dragon into the fighting pits to win gold for his own freedom?

Jane Yolen writes a fast-paced and exciting story with great characters and enough plot surprises to keep the story fresh. This is the first book of a trilogy, and I will look for the others. Recommended.