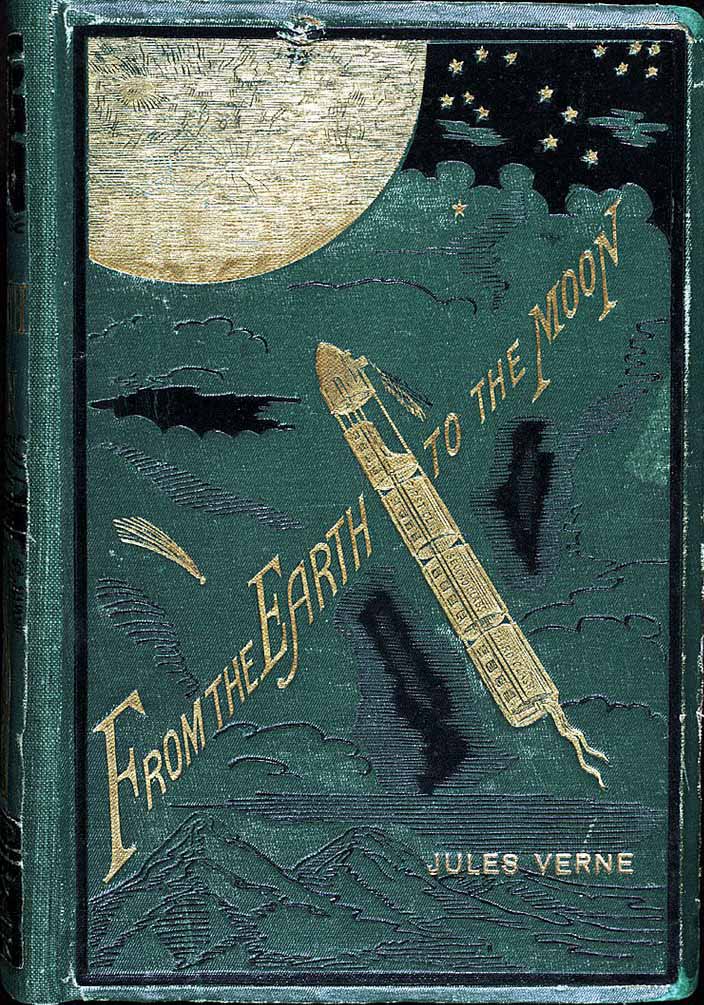 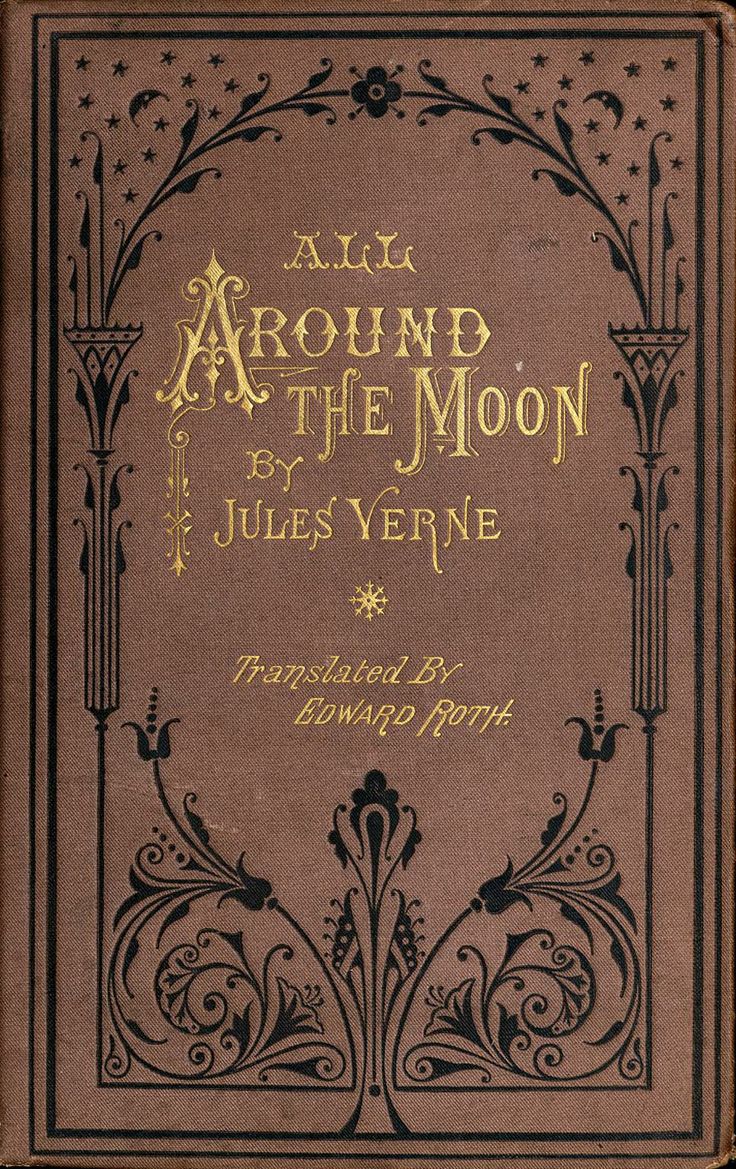 Early editions of the books, which I read in e-book form.

Jules Verne’s science fiction books were intended to first be exciting adventure stories, though he did strive to use the best scientific knowledge of the time, and to keep things plausible for his readers. These books, published in 1865 and 1870 (and forming a complete story) have aspects that seem foolish or wrong to us today, but at the time they were quite believable, and to enjoy reading them, you have to accept that, which I was able to do. Verne is, first of all, a good storyteller, and I enjoy reading his work for that. In these books he depicts America and Americans of the mid 1800s, and though at time he drifts into caricature, often I thought he got right.

As the story opens, at the end of the American Civil War, the Baltimore Gun Club, made up of leaders in weapons manufacturing, is looking for a new challenge, since their expertise will not likely be needed for a while. They decide to try to build a giant cannon large enough to fire a projectile that will hit the moon. Public interest is massive, funds are pledged by all kinds of companies and private donors, until the funds needed are raised. Barbicane, the president of the gun club, with the help of other experts, puts his plan in motion, setting the launch site near Tampa, Florida, and construction begins. Meanwhile, his enemy and rival, Captain Nicholls, does everything he can to stop the project, finally resorting to challenging Barbicane to a duel. Meanwhile, a brave (or crazy) Frenchman, Michel Ardan, declares he is determined to travel to the moon inside the projectile, a hollow capsule, and he arrives in Tampa just in time to stop the duel, and befriend both Barbicane and Nicholl. At length, the three decide they must all travel to the moon in the experiment, and plans are made for the projectile to house them. After many months of planning and construction, well detailed, the launch or firing is finally ready, and the three men descend into their aluminum chariot, which is sealed. The launch is massive and successful, and the capsule disappears into space. So ends the first book.

The second book mostly follows the three voyagers from their launch. Verne has clever ways for them to survive the forces of the explosion, which at least seem plausible, though in fact it’s impossible. One problem with their capsule is that it’s not controllable by the occupants at all, it can’t be steered, accelerated or slowed. A close encounter on their ascent with a large asteroid is exciting, and has the unexpected consequence of throwing them slightly off-course, so instead of hitting the moon, they fall into a parabolic orbit around it. By doing this, Verne avoids having to explain how they might have survived on the moon itself, supposing the impact didn’t kill them, but it makes the second book rather dull at times, as all they can do is try to observe the surface (until they’re above the dark side). The three talk endlessly, theorizing about what the moon’s surface might be like, though they do not see anything suggesting animal life there. One scientific error of the time was to think all the craters and mountains on the surface were caused by volcanic activity rather than impacts by asteroids, and one exciting episode brings them close to a massive volcano, a frequent Verne element. Eventually they are swung back toward Earth, and a landing in the ocean where events on our own world are finally caught up with before the end of the story.

This was a fun read. Some errors were hard to overlook, such as the travelers having full gravity in space most of the time, and managing to create oxygen and heat through chemicals, not to mention being able to just open a hatch to throw out their refuse, but in all I thought this was well worth my time, and I plan to read more Verne when I can.