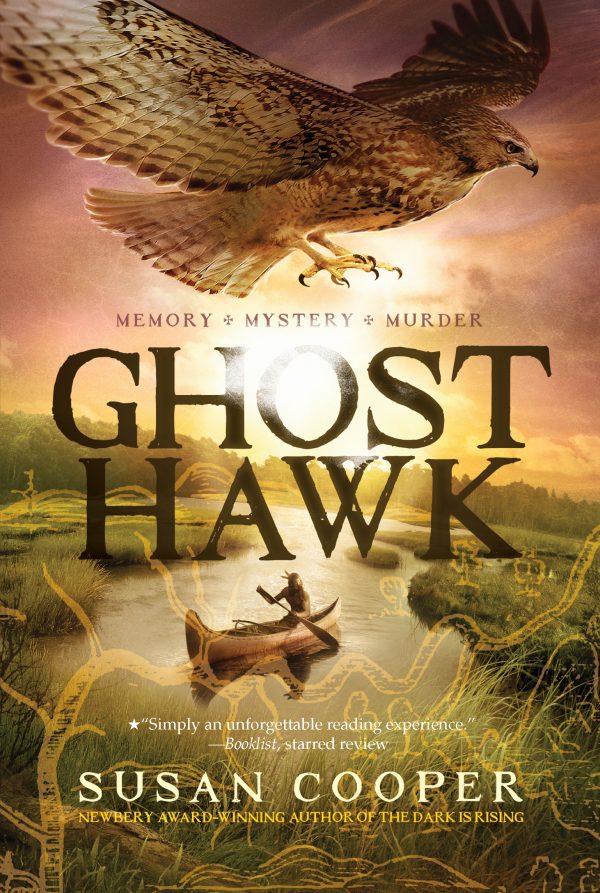 I’ve been enjoying the work of Susan Cooper since her first fantasy, “Over Sea, Under Stone” in 1965, the beginning of her “The Dark Is Rising” sequence. One thing I admire about Cooper is that she’s always trying new things, entering new areas of fiction. This book takes place in Massachusetts at a time when the Native American population was still large, but colonists from Europe were arriving steadily, creating friction between the two groups. The narrator is Little Hawk, a boy of the Pokanoket tribe undergoing a survival ritual that will usher him into manhood if he comes through it. Left in the woods far from home with only his knife, tomahawk, bow and arrows in early winter, he must find a way to survive for three months there on his own. While he has been well trained for his ordeal, it’s far from easy, and he comes close to death at times, but Little Hawk does win through.

When he returns home, everything is greatly changed. Most of his tribe is dead from a disease brought by the white men. Only his grandmother and sister remain from his own family, and they have joined another decimated tribe in a new home. Little Hawk does his best for them, even befriending a white man’s son who visits the tribe, but later that friendship leads to a horrible misunderstanding and violent attack on the Native American boy. The white boy, John Wakely, is horrified, knowing Little Hawk was only trying to help him, and a spiritual bond is forged between them that will last for the rest of their lives. There is definitely a fantasy element to the tale, but I’ll refrain from explaining further, as it might spoil the story for readers.

Through the eyes of the two boys, we see how the conflicts between the settlers and natives play out in many ways. The settlers have come to gain religious freedom, but many of them are so strict in their own religion that freedom is impossible for young John, and he must leave home to become an cooper’s apprentice, learning to make barrels. Eventually he finds a life for himself, with Little Hawk always watching and helping when he can. They are not easy times for anyone, especially the Pokanoket and other tribes whose long-held territory is shrinking, and their traditional way of life becoming ever more difficult. John Wakely does what he can to help them, too.

Beautifully written, historically accurate, and with great knowledge of the land, the ways of both peoples, and human nature. Highly recommended.