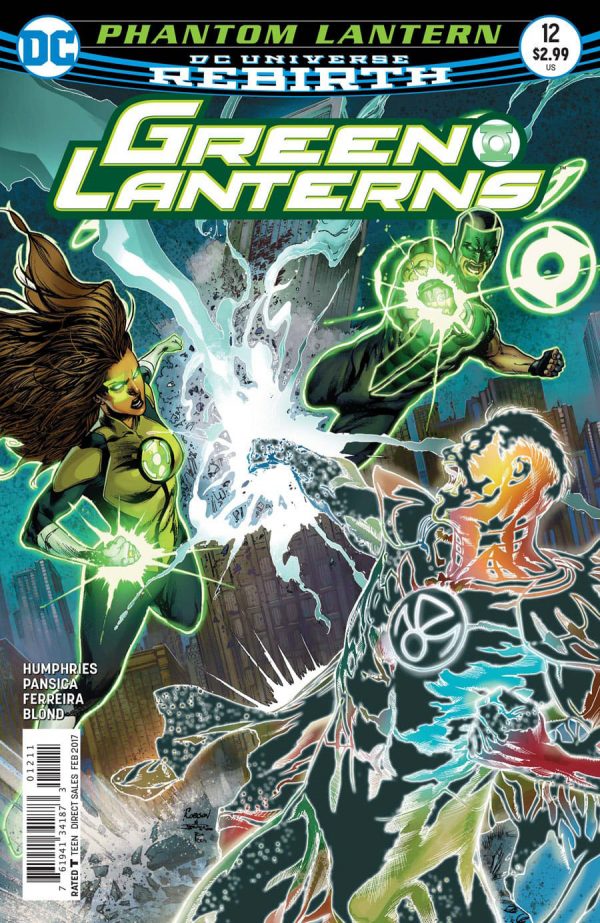 Green Lantern wanna-be Frank has been given an amazingly powerful ring of his own that accesses the powers of all the various ring colors, and can be used by anyone, none of that “chosen by the ring” required. It makes holding off Earth’s true Green Lanterns, Jessica and Simon, easy for him. In fact nearly everything is easy if it can be done with force. The problem is, Frank doesn’t know how to control the power he has, and the many emotions it’s tied to. In a way, the ring is controlling him. Becoming a true hero? Now, that’s harder. Getting people to admire and applaud him rather than fear him? Harder still. A well-told story by writer Sam Humphries and artists Eduardo Pansica and Julio Ferreira.