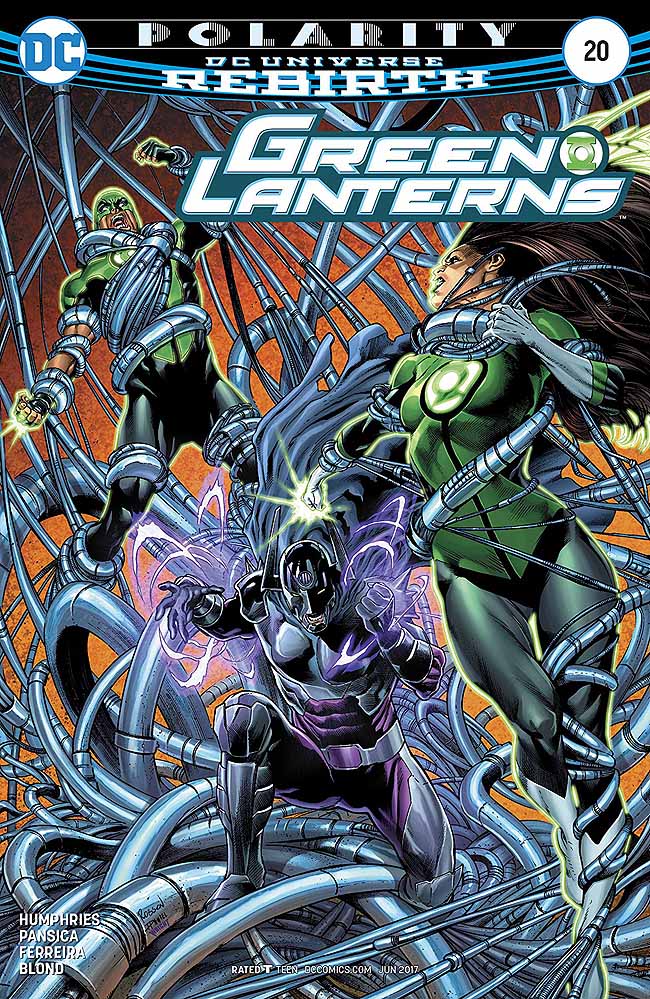 Part Two of “Polarity” begins with Jessica and Simon trapped 600 feet underwater by Doctor Polaris, who in this iteration not only has very powerful magnetic powers, but is mentally bipolar, making him difficult to reason with. Simon is freaking out, but Jessica finds a way to access her own ring powers and gets them out of the trap. Meanwhile, Polaris is having a debate with several versions of himself, while his brother and best friend lays dying of brain cancer that Polaris is convinced only he can reverse. We have some flashbacks for both Polaris and Simon explaining more of their back stories, and then an interesting interlude on Mogo, Green Lantern Corps headquarters, where events on Earth are being discussed, and a plan of action begun.

I like the writing on this title by Sam Humphries and the art on this issue by Eduardo Pansica and Julio Ferreira. Nice work on the colors (especially the flashbacks) by Blond, and fine lettering by Dave Sharpe. An entertaining read.