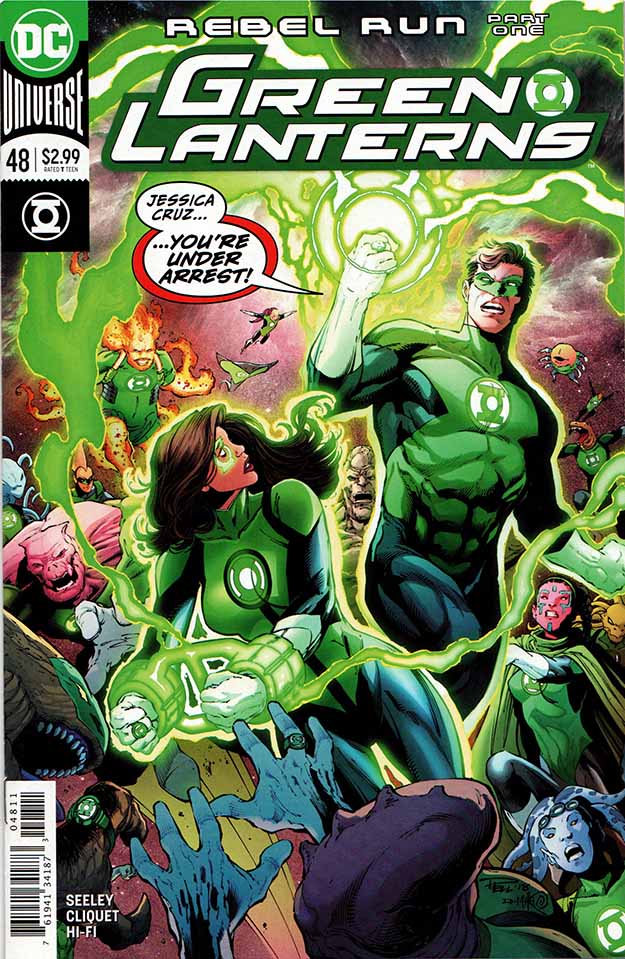 New storyline, new writer (at least to me). Jessica Cruz suddenly “wakes up” to find herself on a distant planet at the scene of a fight, one where she wiped out a whole police force. She doesn’t remember any of it. The planet’s local GL is trying to arrest her, and calling in Hal Jordan. Rather than explaining her loss of memory, Jessica talks her way to freedom and then flees, making her look guilty.

I like the setup. It drops us into an intriguing mystery. Jessica’s choice to flee is unlike her, though, and her backstory as written here has her frequently visiting other planets, having a close friend on one. We haven’t seen any of that previously, so unless this is a long jump forward in time, it feels out of character. Otherwise, I’m interested to see where it goes.