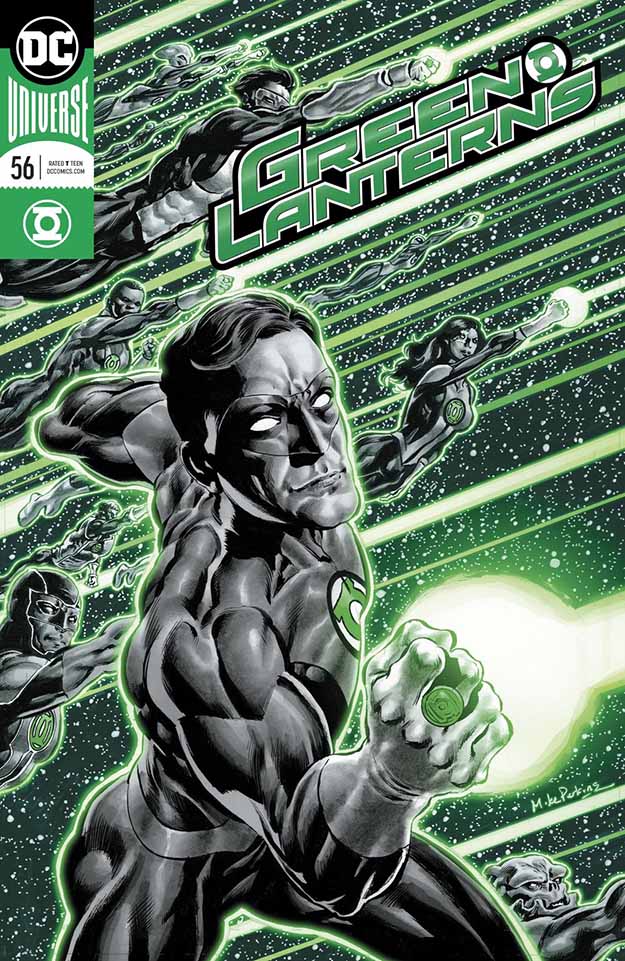 Hank Henshaw, the Cyborg Superman, has destroyed the GL Corps by infiltrating the Central Power Battery and then the power rings. He’s holding the Corps and Guardians captive on Mogo, which is also powerless. Of the active GLs, Simon Baz has escaped captivity, after being tricked into releasing Henshaw on Earth in the first place. There’s one other he can turn to for help, John Stewart, who is in medical rehab. Will the two of them be able to free the others, something they themselves seem powerless to do?

I continue to admire the writing and storytelling by Jurgens and Perkins in this storyline. Clever ideas, exciting action, fine character moments, great art. Well done.