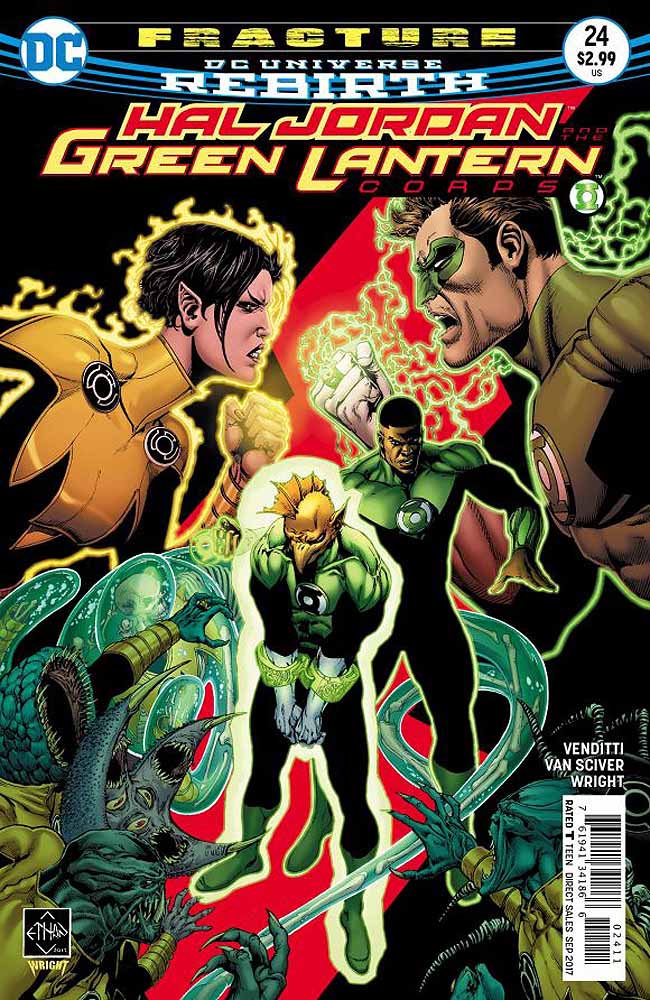 It was an idea doomed from the start, really: combining the Green Lantern Corps with their enemies The Sinestro Corps (yellow rings), but John Stewart and Sora Natu had it working for a while. As the story title “Fracture” suggests, the pact is falling apart due to bad actions on both sides. Guilty secrets have been kept by many, including Tomar-Tu and Kyle Rayner, and now they’re coming out, and trust is failing, and retribution is coming.

This book has lots of character moments that I liked, and the action between those moments is important to the story and characters. Well done and recommended.