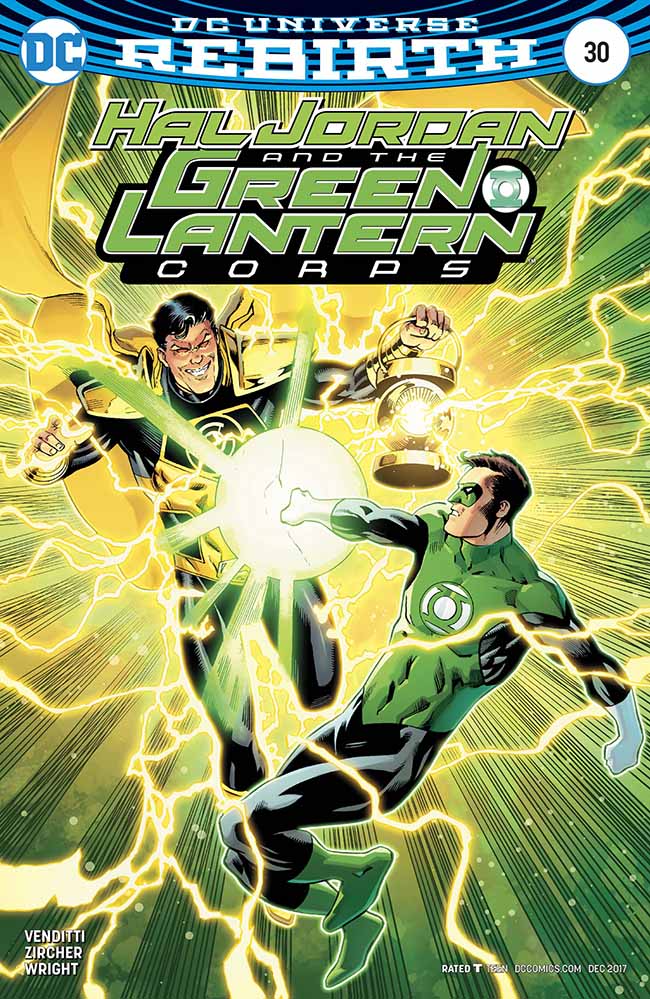 The Justice League have contacted GL Corps headquarters on Mogo (I wonder how that works?) to request help. All the Earth-born GLs want the assignment, but it goes to Hal Jordan. When he arrives, his contact is Superman, who tells Hal he was attacked by Parallax, and then Sinestro, who brought him to the antimatter planet Qward. As Clark Kent tells his story, Hal Jordan is assailed by a telepathic voice and the realization Superman himself has been taken over by Parallax. They fight, of course, for most of the issue. As the fight ends a different foe is revealed.

I’m not generally a fan of big hero fights, but this one is visually striking, at least. And it’s kind of fun seeing Superman and the original GL interacting.