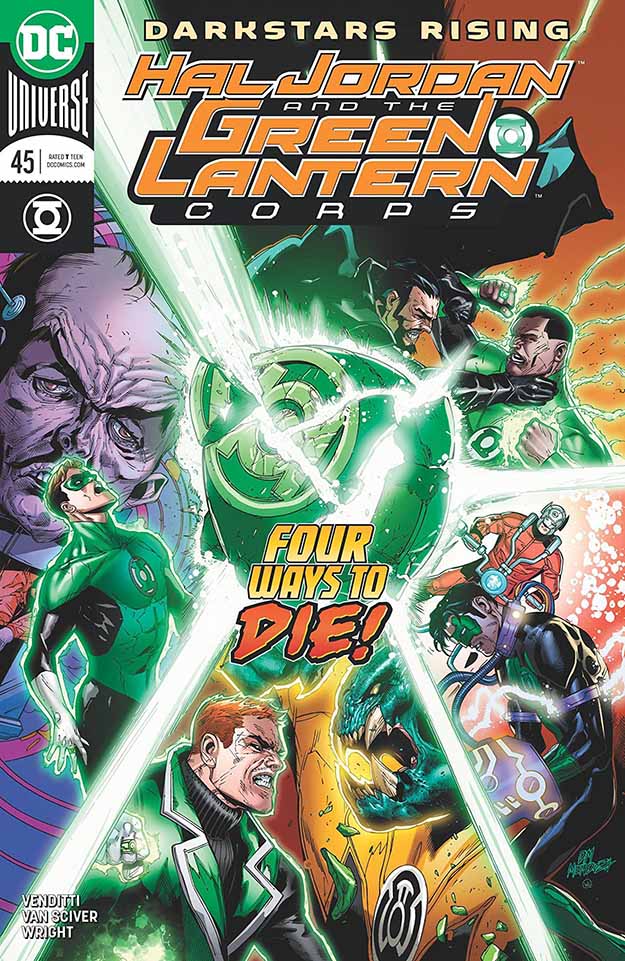 The Darkstars are showing up everywhere, taking justice into their own hands, and dealing death to those they feel have committed serious crimes. If a few Green Lanterns get cut down in the crossfire, so be it. On Earth, Hal Jordan is trying to spring Hector Hammond from prison, and facing the super-villain turned prison guard Atomic Skull. Elsewhere, John Stewart is trying to talk reason to Zod (former Phantom Zone criminal) and his family to enlist them in the fight against the Darkstars. And elsewhere again, Guy Gardner is trying to recruit Arkillo and the Sinestro Corps. It all seems rather desperate, and the Darkstar version of justice is even appealing to some on the Lantern side.