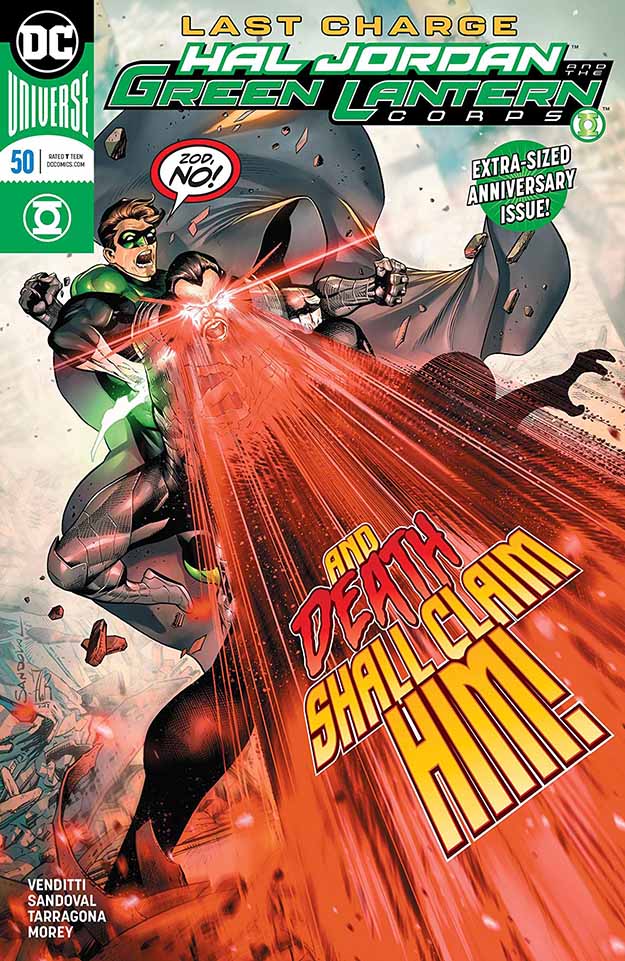 I believe this is the last issue of this title, and it’s a fine finish. The Corps are battling the Darkstars on two fronts: on Mogo, their headquarters, and the planet that’s headquarters for the Darkstars. There Hal Jordan and Tomar-Tu, leader of the Darkstars, are fighting one on one, while Hal tries to convince Tomar-Tu to change his ways before it’s too late. The GL Corps stand for justice and the right to a trial, the Darkstars simply want to murder criminals, or anyone who gets in their way. Elsewhere, huge clashes continue. Some of the allies recruited to help have different ideas about Justice, to say the least.

Writer Robert Venditti has done a fine job on this book, keeping my interest even when serving the fight-lovers. I know there’s a new GL title in the works to replace this one with a new creative team, which I will certainly be trying, but hats off to Robert and the many fine artists who have kept me entertained here for some time.