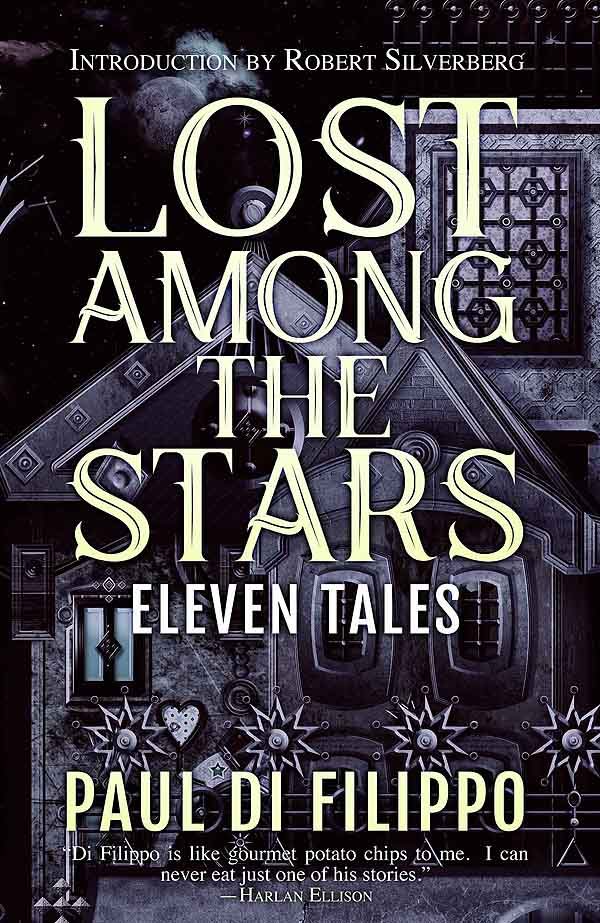 While I grew up reading lots of science fiction and fantasy short stories in magazines and anthologies, I rarely read them now. Somehow I’m more drawn to novels, where you spend more time in one created space. This collection by my friend Paul Di Filippo was a nice change, and brought me back to the pleasures of short stories, which must work with economy to grab the reader and get him involved quickly. If anything, as Paul says, it’s harder to write short than long, and he does it well.

“City of Beauty, City of Scars” tells of a city where social status is architectural and human flaws are unforgivable. As the girl narrating rises in society and in the levels of the city, her beauty must remain perfect, leaving no room for emotion. Her ambition must leave everyone, even her family behind, and will the reward be worth the price?

“The Kings of Mount Golden” is a story of rivalry between two men, one an inventor, the other his rich patron, over the woman they both love, and then her son, Brannock, who is raised by the patron, but fascinated by his real father, the inventor. Brannock tracks down his father, only to find himself poorly used for a machine that can swap the shapes of two people, his father’s latest invention.

In “Adventures in Cognitive Homogamy,” a scientist is seduced and abducted, but finds his skills used in ways he never expected, and his outlook changing.

“Desperados of the Badlands” imagines a future where technological skins enhance the senses and abilities of those who can afford them, or have jobs that provide them, like Ruy Lambeth, sent to capture vandals in Alberta, Canada’s Dinosaur Provincial Park. These vandals have skills equal to his own, though, and a secret weapon that might bring dinosaurs to life.

Those are a few of the fine stories in this anthology, which I enjoyed a great deal, and recommend.