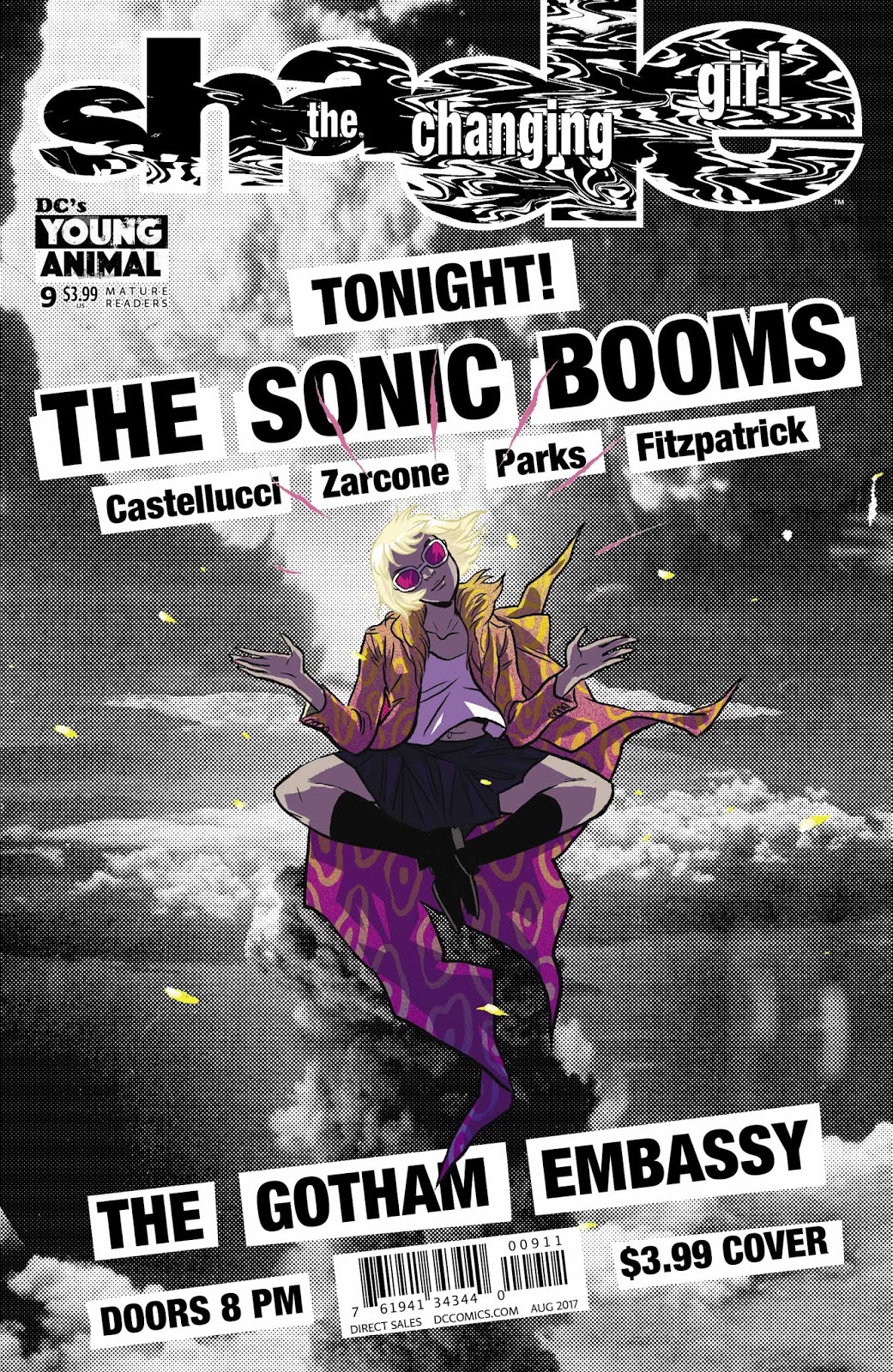 It’s been a while since I visited this title, and I found this issue quite appealing. The title character has moved to Gotham City and is attending a concert by the only Earth band she knows and likes, “The Sonic Booms,” because they appeared on her favorite Earth TV show “Life With Honey” (seen back on planet Meta). Shade is not good with time, though, and when the band appears, she can’t believe how old they are. Fifty years have passed since the TV show. Shade uses some of her Madness magic to make them young again, and their aging fans too, and everyone has a great time…for a while. Shade has learned that the actress who played Honey (if she understands that distinction) is ill, and is determined to find her, a process that includes a very amusing visit to a library. Back on Meta, scientists who have captured Shade’s friend are trying to use him to find her, and have a plan to send a Metan spy to Earth. In the “Life With Honey” backup, essentially an episode of the TV show, Honey decides the way to stay young is to spend time with children…another plan that doesn’t go well.

I’m enjoying this book much more on the current story arc (this is part two) than I did on the first one. The writing is clever and funny, the characters are appealing, and so is the art.