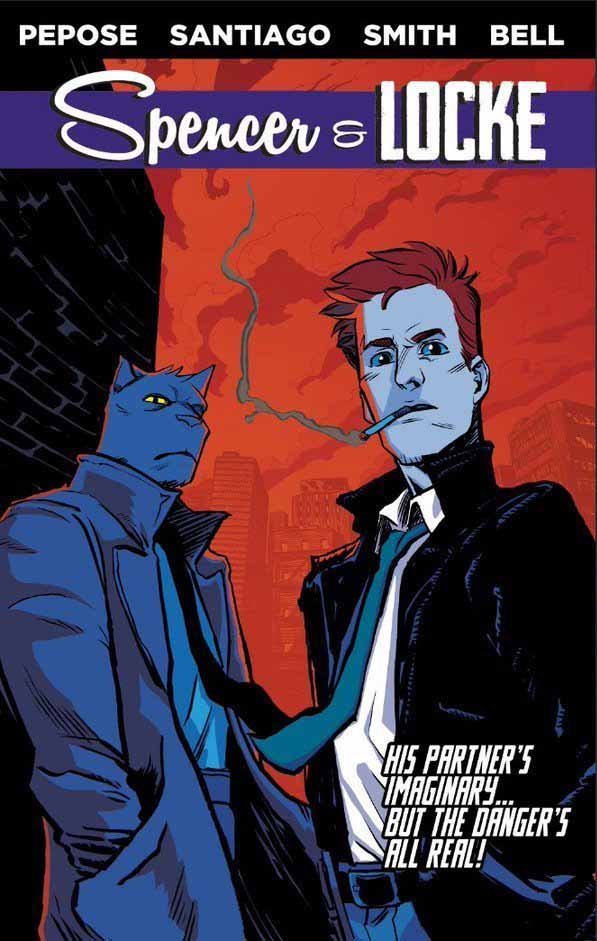 This trade paperback collects four issues of the comic. Locke is a brash young detective, Spencer is his anthropomorphic black panther sidekick, but nothing is quite what it seems. Spencer is also a stuffed toy panther, similar to Hobbes in “Calvin and Hobbes,” which Locke has apparently had since childhood. Like Calvin, only Locke can see the “living” Spencer, who is reminiscent of Blacksad. Locke is investigating the murder of Sophie Jenkins, a school teacher and childhood friend of his, and he soon finds out that Sophie had a daughter, Hero. A prime suspect is another childhood friend who bullied Locke, and he takes pleasure in returning the favor, but things get much more complicated than that, and before long Locke and Spencer are involved with drug lords, exchanging gunfire with thugs in high-speed car chases, and taking all kinds of risks.

But wait, is Locke a reliable narrator? How much of what he’s telling us is real, and how much is as hallucinatory as his partner? The unusual places the story takes us make it hard to know, and periodically the film noir style switches to “Calvin and Hobbes” pastiche, with story elements played for laughs…sometimes. That’s actually what makes this book most interesting, that and the characters and their relationships, which are complex.

I enjoyed reading this, but can’t help feeling there’s too much from other sources. Mildly recommended.