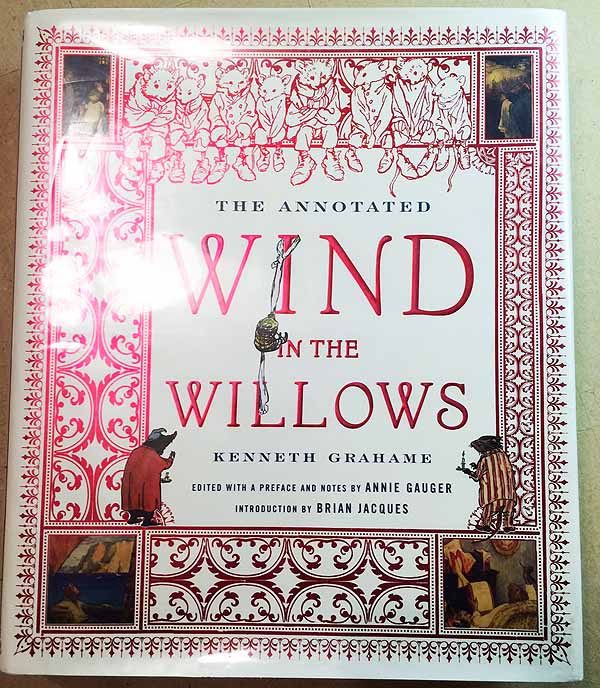 What a great find this was for a dollar at a recent book sale. It’s huge: over 9 by 10 inches and two inches thick. Like all the “Annotated” series (begun by Martin Gardner with “The Annotated Alice” in 1960), this is NOT the way to first read a book. Instead, it’s a wonderful way to revisit a favorite book and learn many new things about it. 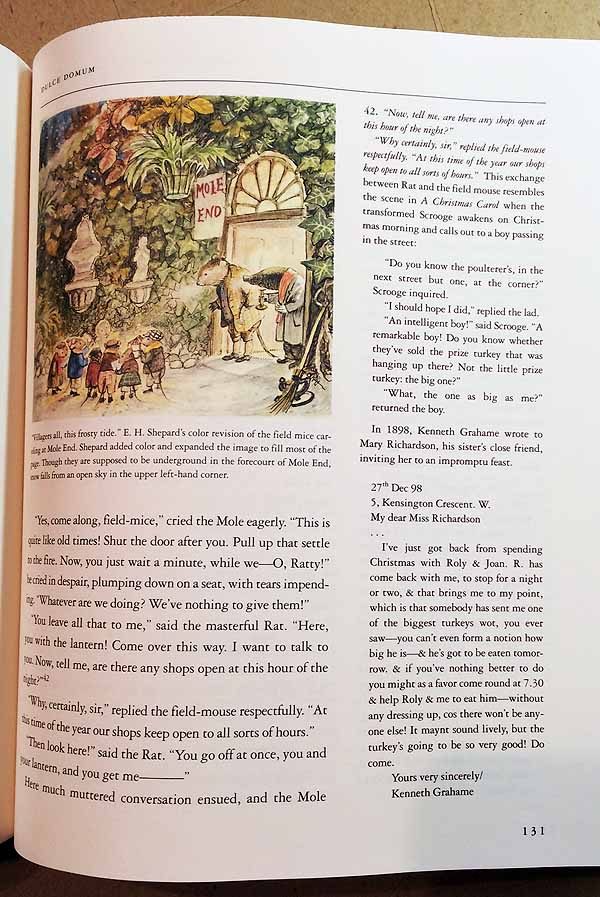 All the Annotateds follow the same plan: the original book text in the center columns, notes and comments by the editor in the outside columns, or on additional pages where needed. The editor in this case is Annie Gauger, a Grahame scholar, and her notes are often full of great information that helps enlighten Grahame’s text in various ways, from explaining outdated terms to citing influences to drawing on social, scientific or historical events and practices of the time that are relevant. Gauger brings out themes I hadn’t noticed, such as Grahame’s very few female characters and nearly complete avoidance of mothers and wives. The book is so well written that, until it’s pointed out, readers rarely notice how the animal characters keep changing in size and even physical characteristics, not to mention the many different artistic interpretations of them, some as real animals, some as people with animal heads, and others a mixture. At some points Toad of Toad Hall is a tiny creature, at others he’s large enough to drive a car! Somehow, Kenneth Grahame makes it work.

There’s plenty of additional material, including a biography of Grahame and his family that tells the sad story of his son Alistair, who Grahame aimed the book at. Some parts were told originally in letters from Kenneth to Alistair, and they are all here. Brian Jacques’ introduction focuses on the ever-shifting mixture of animal and human in the characters, as also happens in his own books.

It took me a long time to read this, but I enjoyed it all. Highly recommended, if you can find it.