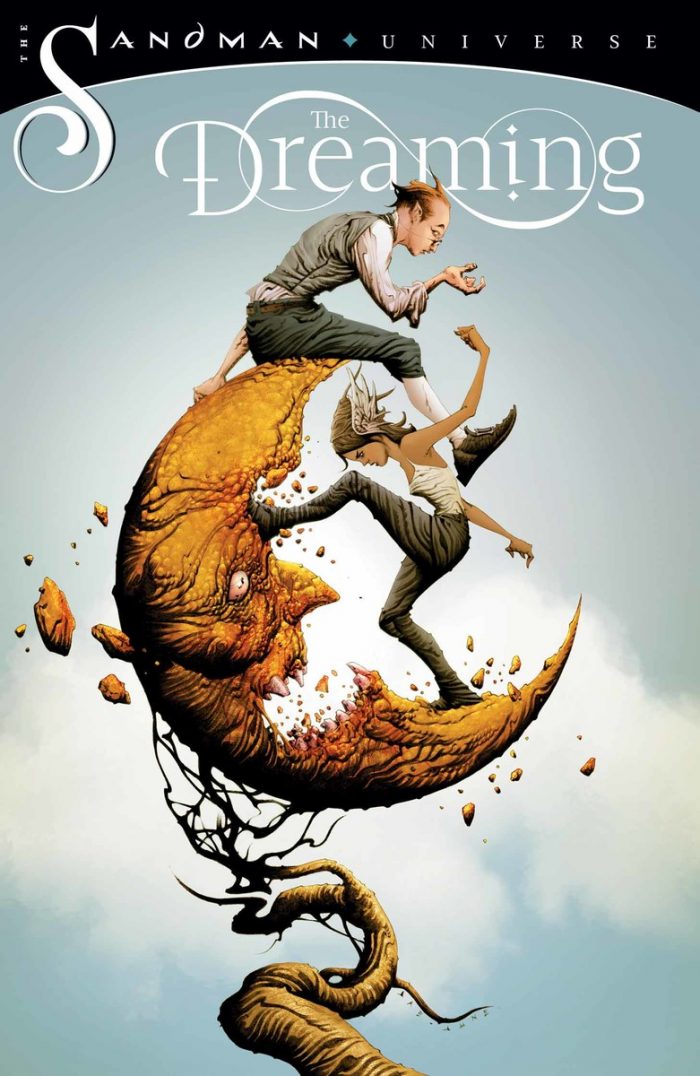 It’s always a bit odd to read a revival of a series I used to letter. When I do, I try hard to avoid comparing what came before with what’s here now, but it’s difficult. In this case, the previous incarnation of THE DREAMING was already a spinoff from Neil Gaiman’s SANDMAN, which I also lettered, and while it had some fine moments, overall I didn’t think it held up well to its parent.

The new DREAMING has lots of interesting things going on, and a new character, Dora, who seems to be destined to stir the pot in Dream’s kingdom. She’s one of those Vertigo female leads who comes across as rude and unkind if not nasty, self-centered and full of herself. To her credit, she does seem to have powers beyond those of most other Dreaming residents, she’s able to travel easily anywhere she likes, including dangerous and unknown parts. I like that, even if I don’t much like her so far.

Also here are familiar characters: Lucien, Matthew the raven, Merv Pumpkinhead, Cain and Abel, and probably more to come. Si Spurrier does a pretty good job with them, though I found Lucien to be much less capable than usual, even though he’s supposed to be in charge.

The elephant in the room, or rather NOT in the room, is the absence of Dream himself. The earlier version of the title had the same problem. Yes, you can make stories revolve around all the secondary characters, but in the end it feels a bit like “Waiting for Godot,” a play in which the title character never arrives. Or does he?

I will read more with interest. Recommended.