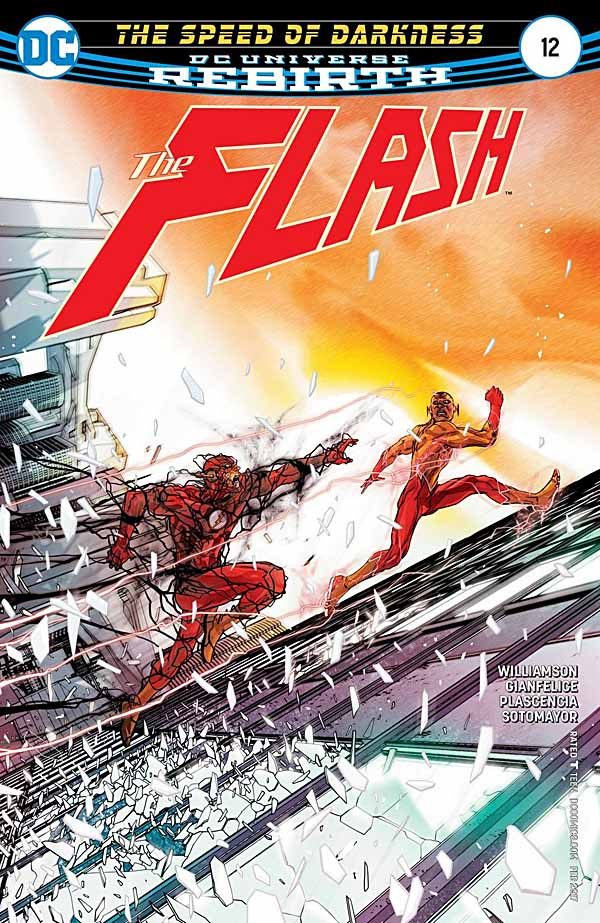 In the concluding third part of this storyline, Flash, Kid Flash, The Shade, Iris West and Shade’s girlfriend Hope are all trapped in a Shadow Dimension. The women have been taken over by an evil but unspecified shadow force, and the men (and boy) are being attacked by their army of shadows. Wally West and Barry Allen are still working out their relationship and finding a way to act together, even under these trying circumstances. Wally is still learning to use his powers, and some of them frighten him, like the potential to vibrate right through solid objects. Shade does not seem to be much help in this realm which supplies his own powers, and is soon carried off by the shadows. Hope and Iris are struggling mentally with the dark force inside their minds.

This storyline seemed promising to me initially, but it has developed into a rather predictable hero vs. villain escapade in which the characters are moved like pawns around the plot devices. There are a few character-building conversations, but mostly it’s all about escaping or fighting. The art by Davide Gianfelice is a mixed bag, working well in some places, looking rushed and unfocused in others. Script wise, Wally West has the best lines, but even they don’t do much to elevate the effort.