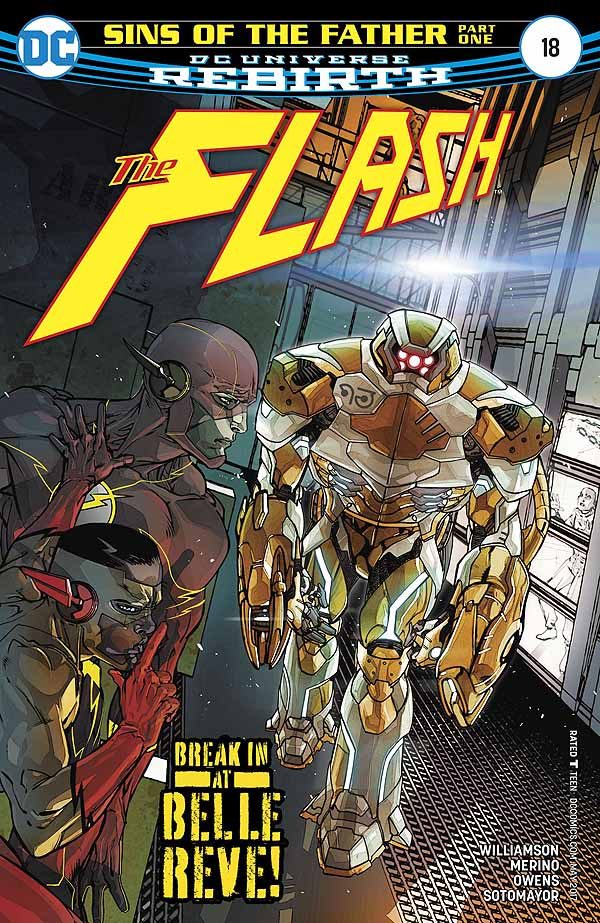 I’m falling behind on this and other DC titles, and it feels like I haven’t visited Barry Allen’s world in a while. Here a new storyline begins that focuses on Kid Flash’s real father, the Reverse-Flash. Wally wants to see him, but he’s been moved to Belle Reve prison in Louisiana, secretly the home of Suicide Squad. When Barry and Wally try to find him there, they run into unexpected trouble. Perhaps Digger Harkness, the former Captain Boomerang, can provide some answers when they track him down.

Nothing wrong with this story, but there have been so many versions of the Flash cast and family over the last few years that I’m never quite sure who they are now. Thankfully, writer Joshua Williamson is filling me in as we go along, but it all kind of feels like an Elseworlds story, and made more confusing for me by having watched some of the TV series, which is all different again, and has itself switched things up constantly. Still, willing to see where this goes, but I kind of long for the days when a title’s cast stayed consistent for many years.