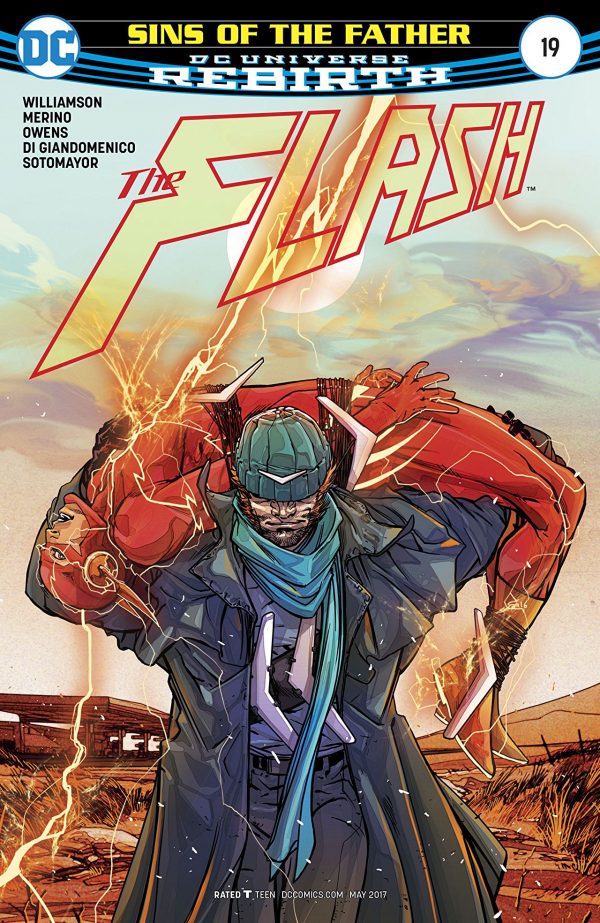 Part two of “Sins of the Father” has Flash and Kid Flash in Australia with Captain Boomerang, prisoners of a crime/terrorism gang called The Weavers. Digger (Boomerang) was sent there alone by Amanda Waller of Suicide Squad, and the addition of costumed heroes has made his job harder. Wally (Kid Flash) is trying to find out what happened to his real father, and Digger might have the answers, if they can get out of the mess they’re in. The conversation in this one was as interesting as the action, always a good thing.