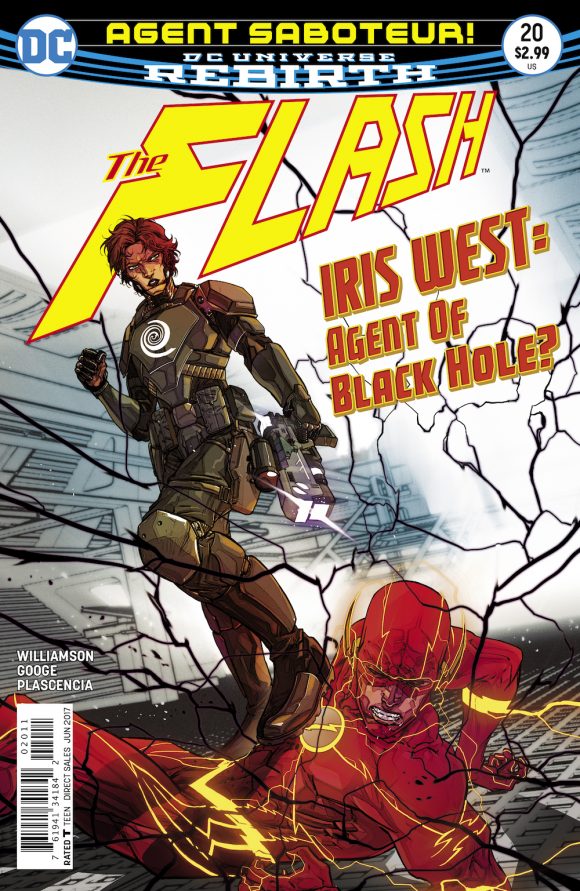 Now that I’m watching the new season of the Flash TV series, I have to say it gets confusing reading an issue of the comic, since so many things are similar but different. In the comic, Iris West is Barry Allen’s girlfriend, but somehow doesn’t know he’s The Flash. Right. She’s a crime reporter following up on rumors of missing bodies, those who were gifted with the Speed Force, then killed. Iris’s investigation takes her to the former Speed Force Training Center, where those people had been in training under Barry Allen and another speedster Meena Dhawan. What she finds there puts her in danger, but also gives her a chance to break open the story. Will The Flash be along to help her out? It seems the people from Black Hole have an answer for that too, a painful one!

I enjoyed reading this, though I’m not enthused about it, and will say it’s recommended.