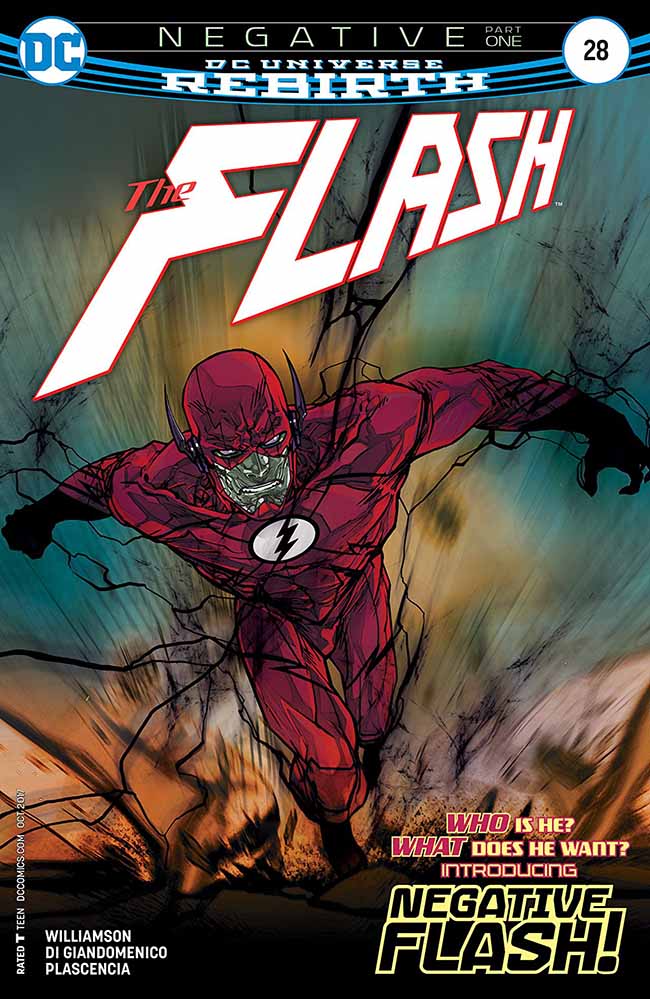 Barry Allen has returned from the 25th Century with new powers from the negative speed force, through his struggles with Reverse-Flash. He’s also come back no longer in a relationship with Iris West. Both these things are weighing heavily on him. Despite the resemblance in the art to Superman’s Bizarro counterparts, the negative speed force seems to merely make The Flash’s powers much more destructive, leading Barry to try to avoid using them as much as possible. At work, Barry is one of several police employees charged with finding out who has been stealing evidence from old cases, though the others involved don’t seem to think he’ll contribute anything worthwhile. Barry tends to agree, and he’s in no mood to concentrate on work. Meanwhile, a new menace from an old villain surfaces, and Barry’s new powers don’t seem to be much help in stopping him. In short, Barry is not having a good time.