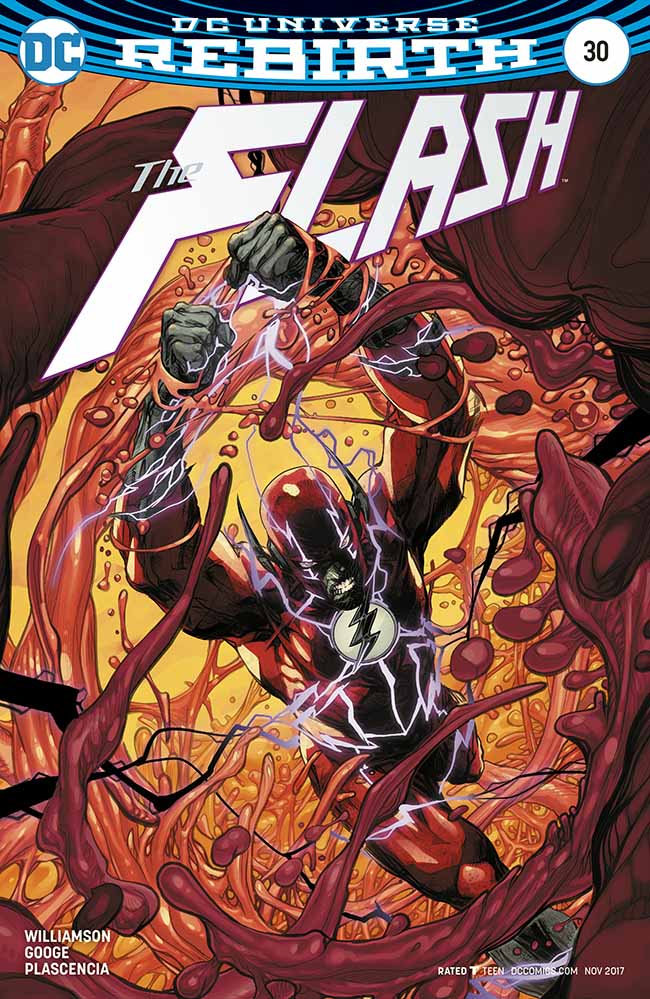 The mystery of who is stealing old blood evidence from Central City police labs is solved, and a new villain emerges, BloodWork, the alias of Ramsey, the coroner. His experiments with blood have not only made him invulnerable to physical harm, his blood powers are a formidable threat to The Flash when he’s discovered, and the two engage in battle. Meanwhile, Barry Allen has blown up in front of his boss and the other crime lab staff. Is it years of verbal abuse, or is it the Negative Speed Force talking?

I enjoyed the writing, but the art by Neil Googe, while fine, kept throwing me out of the story because his versions of the characters are so different from the regular or recent artists. Still, recommended.