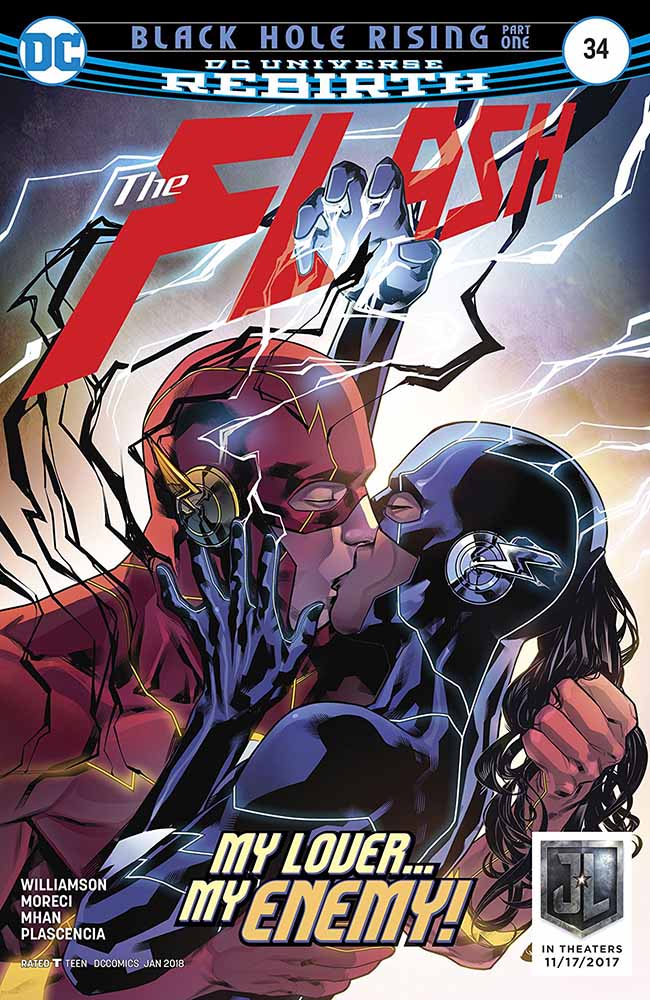 Speedster Meena, once a S.T.A.R. Labs scientist, is back, after Barry Allen and Wally West were sure she was dead. Her story is that somehow she was absorbed into the speed force, and she’s returned to help Barry with the Negative Speed Force put into him by Reverse-Flash. They and Wally work together to study and try to remove it. Barry and Meena’s one-time romance seems to be back on the table. Then things happen to change it up again.