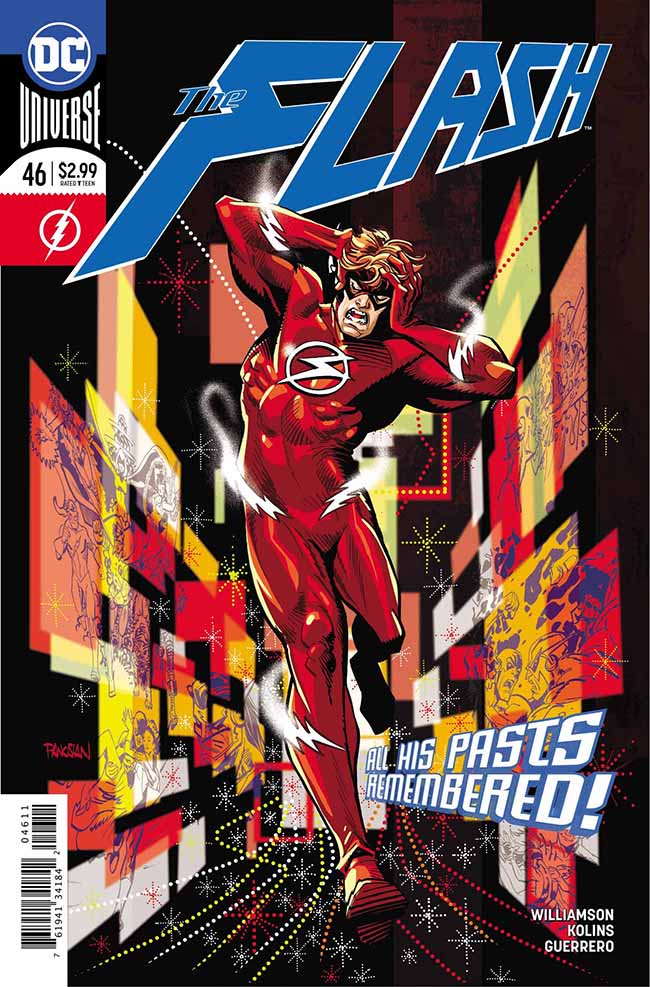 Here comes another big battle epic, apparently between Barry Allen and Wally West this time. The earlier Wally West, the one who’s apparently been in TEEN TITANS and other books, but not this one much. The rest of the DCU is involved in this prelude, not sure if it will actually cross into other books, but I wouldn’t be surprised. The instigator here is Hunter Zolomon, a character I don’t think I’ve seen before, once the crime-fighter Zoom, now a wheelchair-bound  criminal brooding over his mistakes, and the failures of himself and others, especially Wally. He teams with Eobard Thawne, Reverse Flash, to get things rolling. Meanwhile, Wally is undergoing some kind of mental and memory crisis brought on by his powers.

This is the kind of story that usually doesn’t interest me much, but I will read the next issue to see where it’s going.