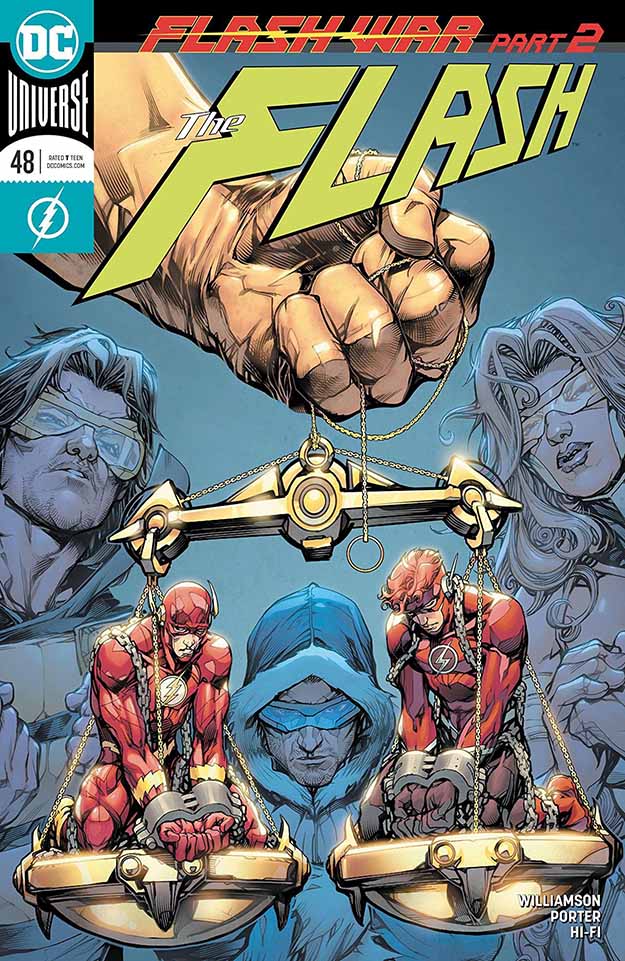 One of the most common story ideas for time travel, at least since the 1952 Ray Bradbury short story, “A Sound of Thunder,” is that changing anything in the past can have unexpected consequences in the present or the future. Over the last decade or more, that’s been a recurring theme in Flash comics, and it just keeps getting more complicated through successive attempts to change the past for one reason or another. In this storyline, Wally West is in the 25th century’s Flash Museum, where he rediscovers Jai and Irey, once his children, now wiped out of existence by changes in the time stream. Hunter Zoloman, Zoom, is there too, trying to convince Wally to help him change time one more time in order to get his children back, and no doubt other things Zoom wants. Wally and Iris West have been brought there by the 25th century’s version of the Flash Rogues’ Gallery, who act as enforcers for a Temporal Court. Before long, Barry Allen and Wally West are battling each other both physically and ideologically over Zoom’s plan.

Complex, but I like time travel stories that have consequences, and this one appeals to me. Recommended.