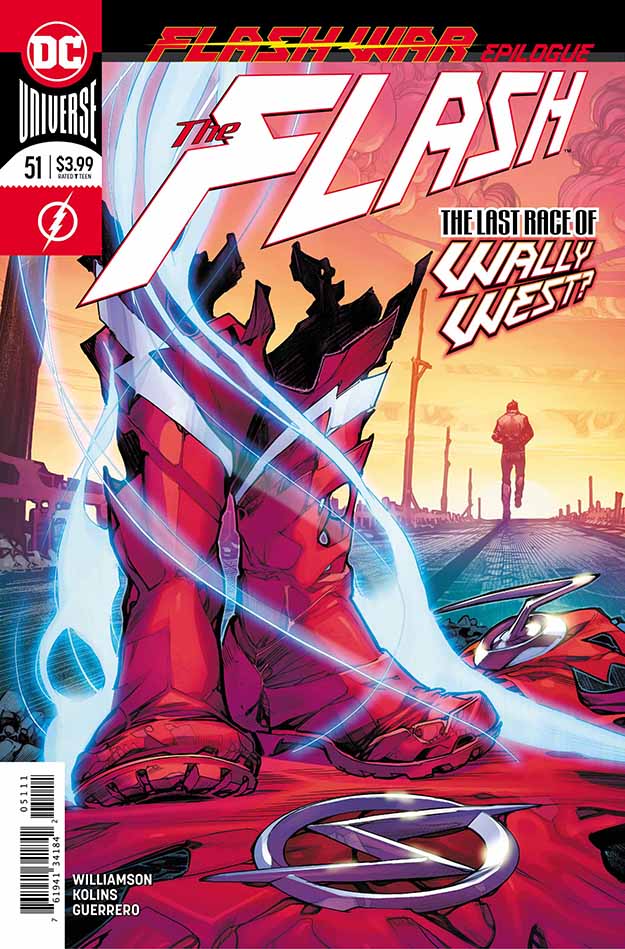 After a chaotic issue like #50, it’s good to have a more reflective one this time. The focus is on Wally West who is still out there running, searching for his lost children. The problem is, he doesn’t know if they’re even on his Earth, or in some other dimension or time, and he can’t get to those places now. Iris West, his aunt, is sitting in Central Park typing Wally’s life story as the issue opens. How close it is to the Wally West background story I’ve seen before I can’t tell, but it works well enough on both storytelling and emotional levels. When Wally finally stops running, two other powerful beings show up to take him out of this story and into another comic and a place called Sanctuary. If this is the first step in simplifying THE FLASH, I’m all for it. Another costumed character makes an appearance a the end, and the construction of an unusual museum is begun.