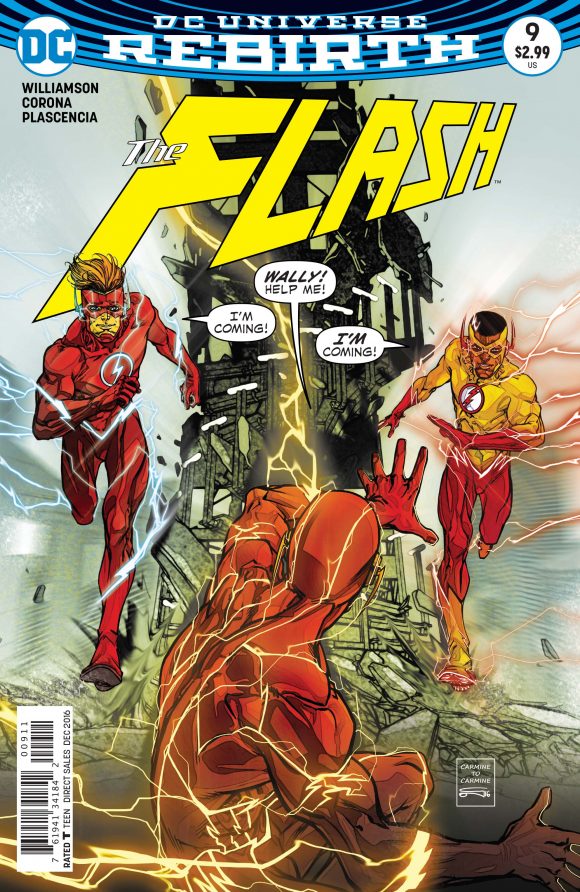 The cover of this issue is a nice homage to the cover of issue #123 of the Silver Age Flash from 1961, see below. 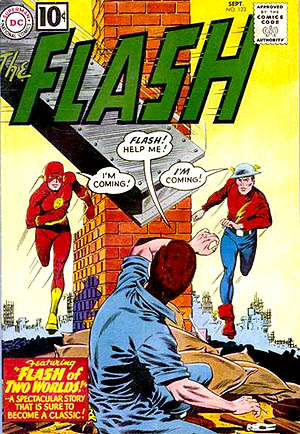 While I like the idea, I have to say I like the original better. It’s cleaner and clearer.

The issue in hand has a guest artist on the inside, Jorge Corona, whose style is somewhat like that of the regular artist, Carmine Di Giandomenico, but with more exaggerated faces and figures, almost caricatures, that I didn’t care for very much. His storytelling is fine, but the faces kept pulling me out of the story. That story is one of two Kid Flashes, as you can see from the cover, and I’ve lost track of how that all works, but the visiting one is also in TEEN TITANS, and there’s discussion of plot lines there that I’m not reading, though no real crossover. There’s plenty of action in the book, and some nice character moments, but in all I can’t say I enjoyed this issue as much as usual.