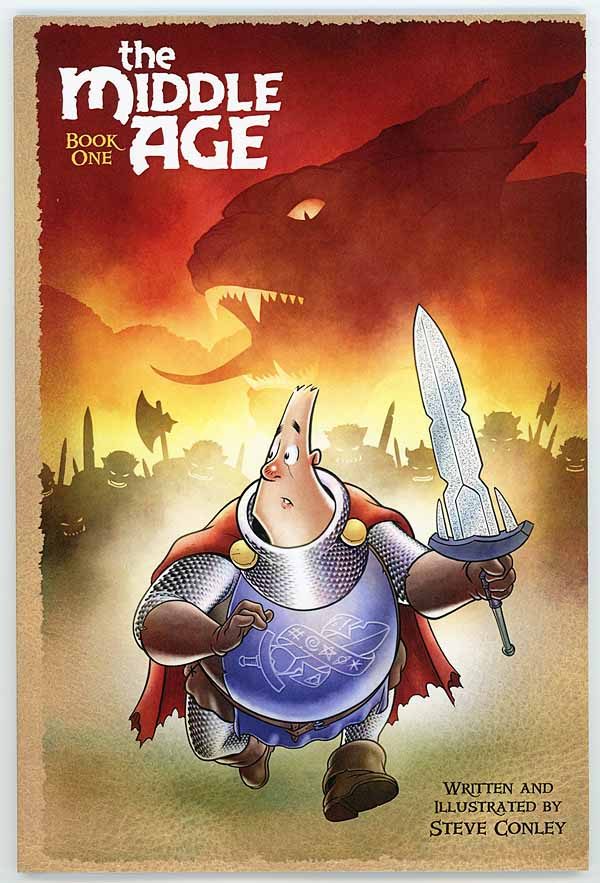 I don’t read many online strips…okay this is the only one, but I love it dearly. Steve Conley has been making great comics for a while, including ASTOUNDING SPACE THRILLS and BLOOP. This new effort is his best yet, in my opinion. Sir Quimp of Grawlix is a hapless but courageous knight on a seemingly hopeless quest to win back his lost love. His first task on that quest is to acquire a magic sword, Maledicta, the Sword of Woe, from its resting place in the skull of a dragon. He does that on the very first page, launching him on a terrifying journey facing horrific foes of many kinds. The sword is a talking one, and what it has to say to Sir Quimp is always entertaining, from dry sarcasm and witty criticism to occasional actually helpful suggestions. Through it all, Sir Quimp remains hopeful and cheerful about his impossible quest. At times I can’t help thinking of the pair as Margaret Dumont and Groucho Marx from the Marx Brothers films, with the sword as Groucho. 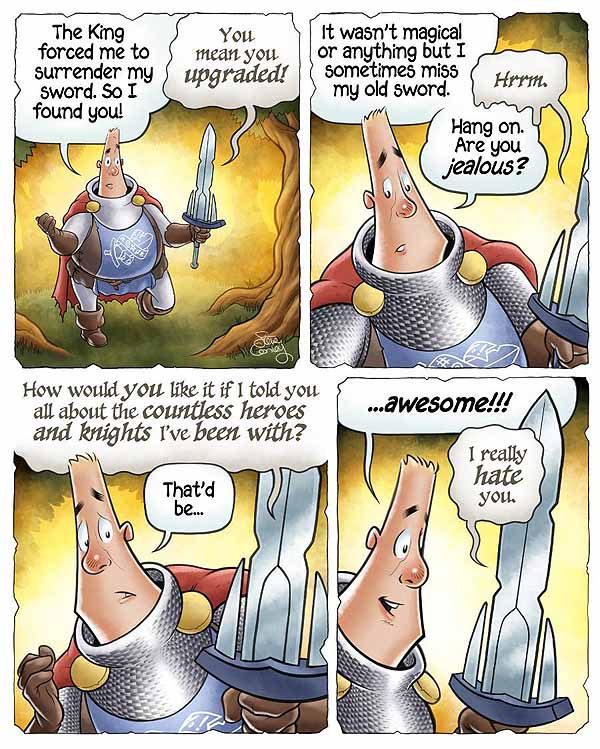 Steve’s work on the strip is superb, combining clear, charming cartooning and funny writing with lovingly rendered details and excellent lettering in a way that I haven’t seen since Walt Kelly’s “Pogo.” The only problem with this collection is that it’s too short! But you can find more on Steve’s Patreon site.  You can also find this first collection on Steve’s website along with other cool stuff.

I heartily recommend it!