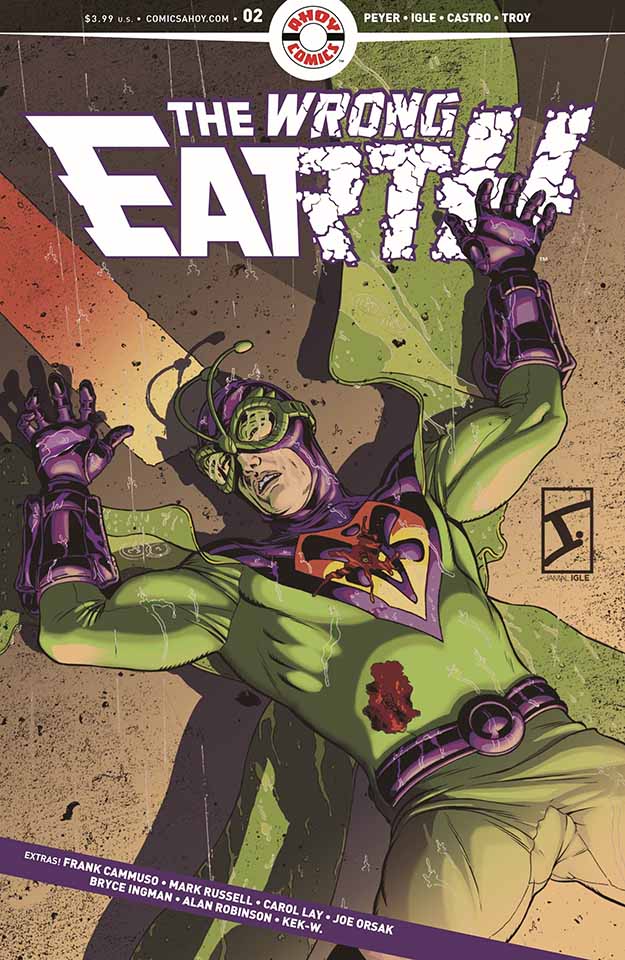 Modern crime-fighter Dragonfly from a grim and gritty Earth and his counterpart Dragonflyman from Earth-Alpha, a brighter, simpler world, have switched places, as have their arch-enemies, both called Number One. This comic could have played the heroes for laughs, allowing us amusement after they made one mistake after another, but writer Tom Peyer and his characters are smarter than that. Each hero makes mistakes, but is quick to learn from them, and adapt to his new circumstances. Not to say they fit right in, but they are survivors, and react with speed and intelligence to each wrong assumption as they begin to navigate their new reality. The bigger question is what the villains may be up to, and that should be revealed very soon. The backup Dragonflyman story is lots of fun, and the text pieces are entertaining.

This is a comic I plan to keep reading. Recommended.