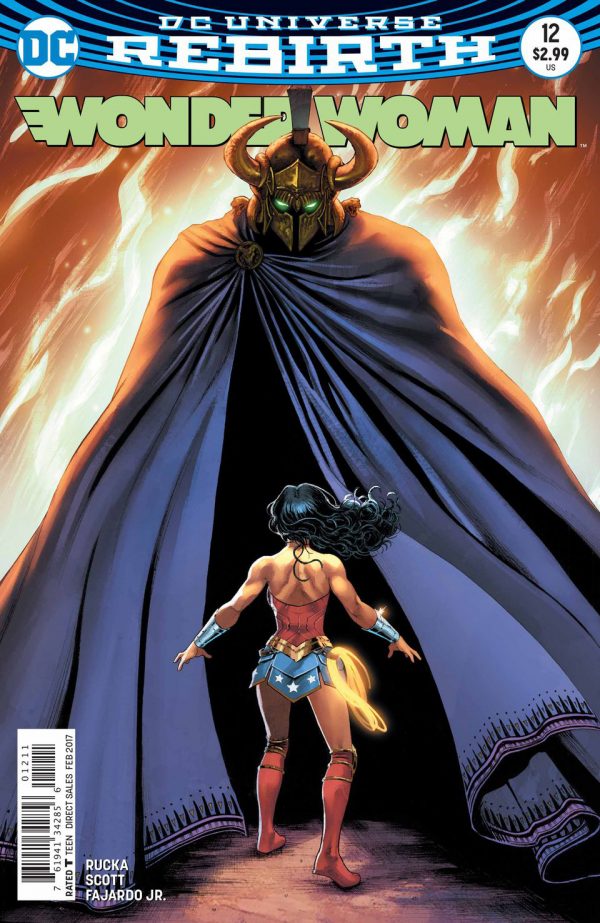 Even-numbered issue, Wonder Woman Year One storyline. Diana has stopped terrorists attacking a San Diego mall, bringing her to the attention of the media and the world. Her military handlers and friends, including Steve Trevor, Lieutenant Candy, and Doctor Minerva are still trying to figure out what exactly her powers are, as is Diana herself. It seems they appear when she most needs them, unexpectedly. Steve has her out in the desert training when he learns that she cannot return home, a sacrifice made for him that he didn’t recognize before. Later, she tries to help interrogate the terrorists she captured using her magic lasso with very surprising results, see the image above. Great writing by Greg Rucka, lovely art by Nicola Scott. I’m still finding this storyline a more fun and appealing than the present-day one running in the odd-numbered issues, though I like that too.