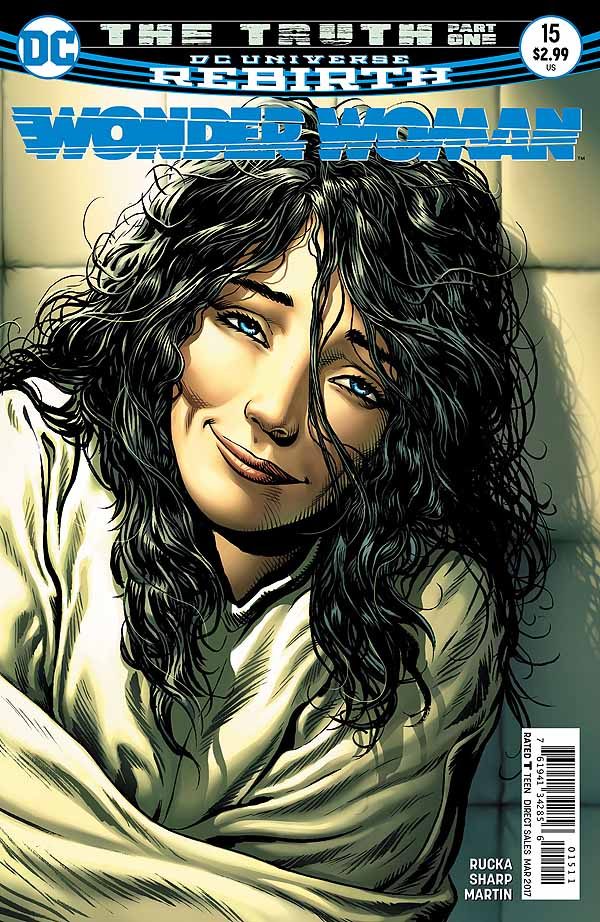 I’m pleased to see that Greg Rucka is continuing to run two different storylines in this title, alternating issues between a present-day story and a “year one” story. This is the first of the new present-day story, and it apparently finds Diana Prince in a mental asylum, where her belief she is Wonder Woman is being treated as madness. Diana herself is silent on the subject, and some of those talking to her may be part of whatever delusions she could be having. Wonder Woman’s powers are not in evidence.

Meanwhile, her friends Steve, Etta, and Barbara are in hiding from a black ops team that has destroyed their own secret government base and operation. Their pursuers work for an organization called Godwatch which is obsessed with Diana and Themyscira, and trying hard to find both. On the real Themyscira, Diana’s mother is brought a message, or perhaps a warning, of trouble ahead. She is marshalling her troops. Finally, a cool reveal on the last page.

All meat, no filler on this fine issue written by Greg Rucka, art by Liam Sharp. Highly recommended.