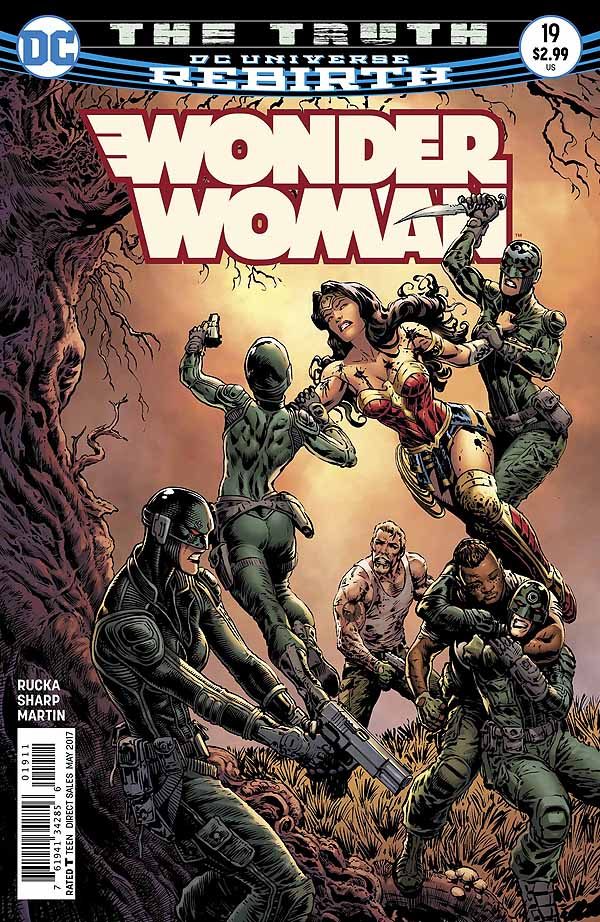 Odd numbered issue, so “present day” storyline. It’s hard to imagine Diana being so troubled that a stay in a mental hospital is warranted, but that’s where she’s just been. Friends have come to take her out, finding her mind now back on course. One of those friends is a giant bull-headed man? That’s not madness, that’s comics. Meanwhile, Barbara Ann Minerva has been turned to Cheetah once more at the command of Diana’s enemies Veronica Cale and her electronic creation Doctor Cyber. Back on Themyscira, Diana’s mother and friends wait for an expected battle to begin, unable to contact Diana directly. The issue ends with a shocking strike against Wonder Woman that looks very serious. Well written by Greg Rucka, well drawn by Liam Sharp, as usual. Fine colors by Laura Martin and letters by Jodi Wynne, too.