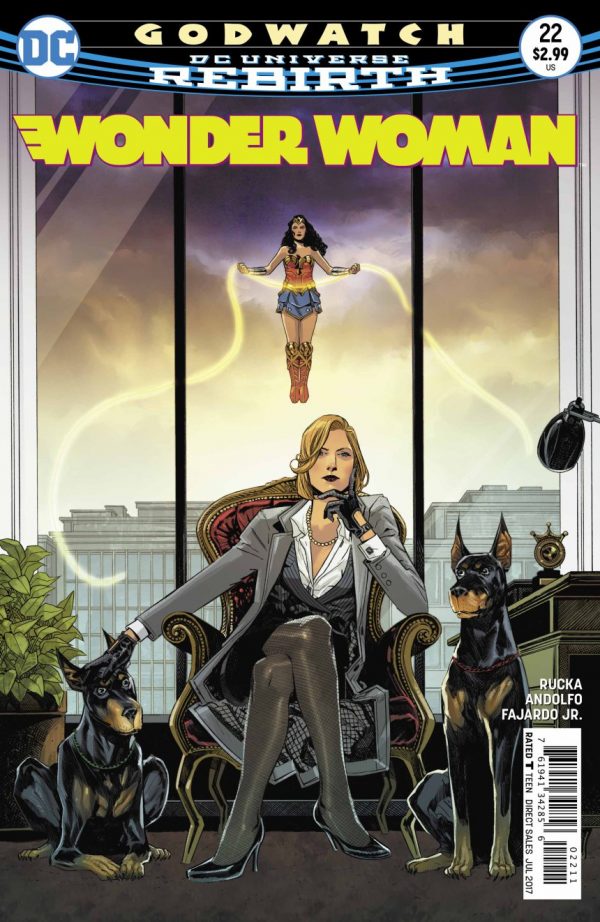 Here’s part 4 of the “Godwatch” storyline, taking place in the present time. As it opens, Wonder Woman is taking part in a charity event where she will be the date of the highest bidder. Though both Bruce Wayne and Lex Luthor are in a bidding war that runs into millions of dollars, Doctor Veronica Cale tops them both. Diana is surprised to say the least, as she knows Cale has been one of her enemies, but agrees to an instant dinner date. Just her, Dr. Cale, and two of Cale’s bodyguards. Diana is clearly not worried, at least until the party is attacked by unknown assailants on a lonely stretch of road.

This was fun more because of the frank talk between enemies than for the rest of the story, but it reads well and looks good. Artist Mirka Andolfo does a fine job in the somewhat less realistic style than Liam Sharp on the other storyline. As the two stories begin to merge, it is a bit confusing to have the art style change this much from issue to issue, but Greg Rucka’s fine writing pulls it all together.