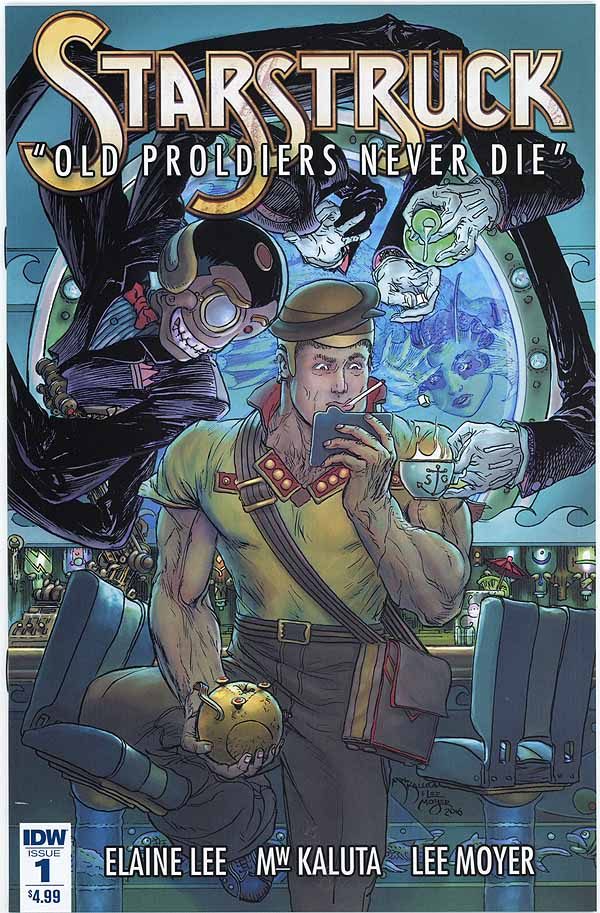 So, a package arrived from IDW today. Looked like comics. I was puzzled. Didn’t recall lettering anything for IDW. When I opened it, I remembered. I’d done the work directly for Elaine and Michael, as I’ve done since this project began around 1980, and forgot that IDW was publishing the serialized form.

STARSTRUCK runs like a live wire through my professional comics lettering life. It was the first big project I did outside of DC Comics, allowed because it wasn’t being published in direct competition. (HEAVY METAL was the first American publisher, not considered so by DC.) Later I worked on more for Marvel, with special permission from DC, as I was still on staff there then. Later still I worked on it directly for Elaine and Michael again when I was a full-time freelancer, and pages I lettered were published by several more companies.

The lettering credit for this series is complicated. I’m listed as the sole letterer, but it’s not so. There were times when I wasn’t able to work on the series, and other letterers were used. Many of the pages in this issue were not originally lettered by me. Some were lettered by Ken Bruzenak, some by Tim Harkins, at least that’s my judgment based on style. Willie Schubert might be in there too. Michael and Elaine aren’t sure either. There are pages in upcoming issues lettered by John Workman, and then there are new pages here and in future issues that ARE all me. My assignment on the previously lettered pages was to tie things together by redoing all the narrative captions, and add anything new or different Elaine had decided on for this current version, which is expanded and added to from what was originally done. STARSTRUCK is constantly evolving. This storyline is all different from the previous IDW series, though, that was earlier material. If you’re a fan, as I am, you’ll want to check it out.