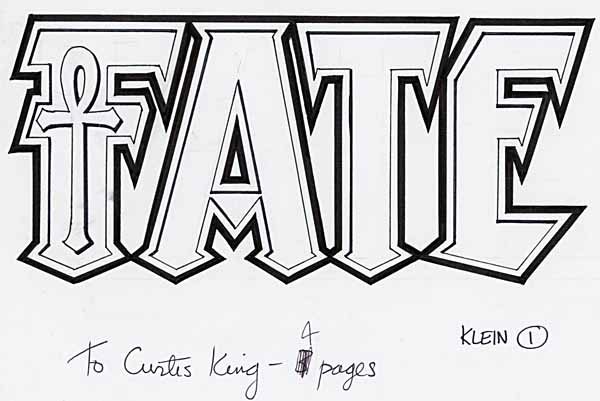 Some time in 1994 I was asked by Curtis King at DC Comics to design a logo for a new series about Doctor Fate to be simply called FATE. I did four sketches (increased from three) in marker over pencils on typing paper, my usual pre-computer method. This one include the ankh symbol I was told the character would have on his face. 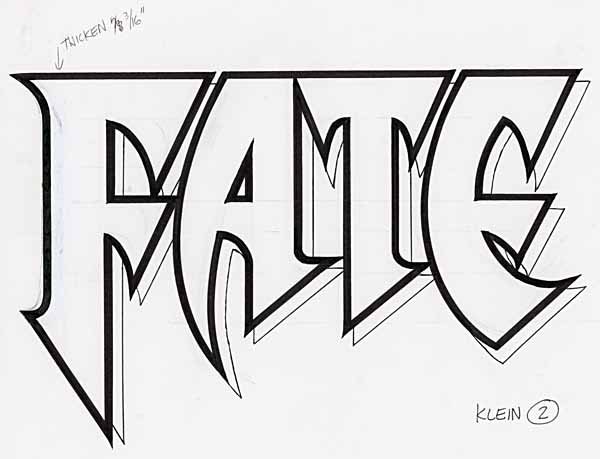 Version 2 used shapes that now remind me of a scimitar or curved sword. don’t know if I thought of that then. A note, probably from talking to Curtis, says to thicken the outline to 3/16 inches, but I think I did that right on this sketch already. 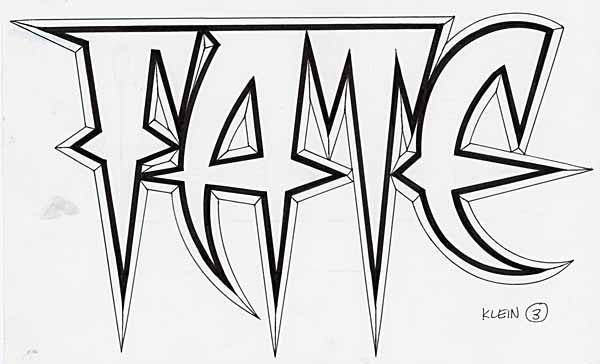 Version 3 goes even further down the “pointy and dangerous” road that was the hot style of the time, adding bevels to the outside.

Version 4, which I probably added in case they didn’t want curved shapes, is still pointy. The A looks very odd to me now. 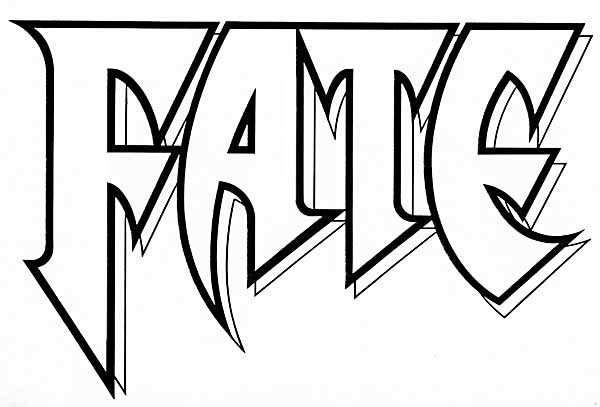 Word came from Curtis that they liked version 2, and once I thickened the outlines I should go ahead to a final version, which would have been done on Denril plastic vellum over the sketch. This is a photocopy of the final. It’s exactly like the version 2 sketch. 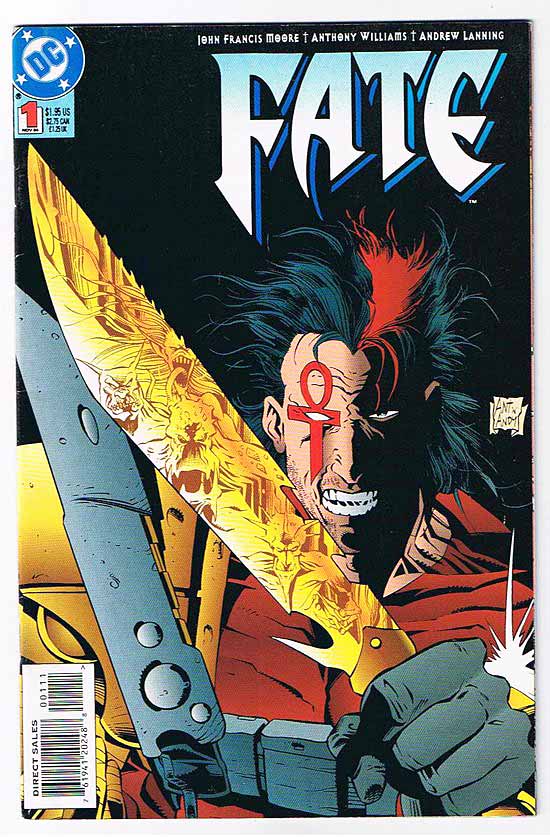 Proportionally it’s a tall logo, and consequently was usually used this way, running a little over halfway across the width of the cover. I think it worked out well otherwise, and I still like it. The series ran to 23 issues, all using this logo.