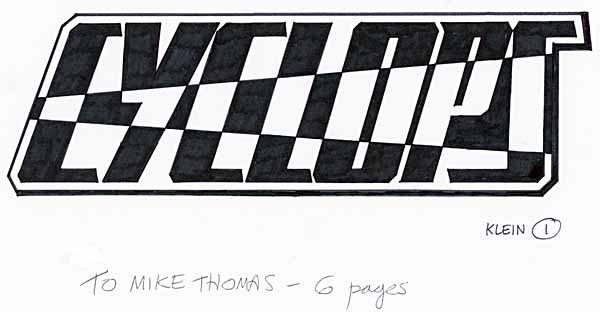 In 1993 I was asked by Marvel’s marketing department to design a logo for the X-Men character Cyclops, which I was happy to do. I sent in six sketches inked in markers over pencils. This first one was a fun idea, with a suggestion of the Cyclops eye-beam creating a reverse across the center, and might have worked in color, but was hard to read in black and white, and probably too tricksy anyway. 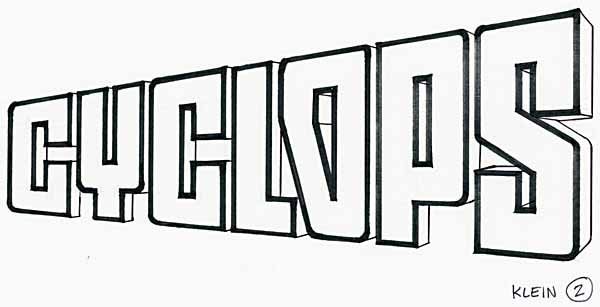 Version 2 showcases an interesting way to avoid a space between the L and O. The O can’t be read as any other letter, even though it’s oddly shaped. 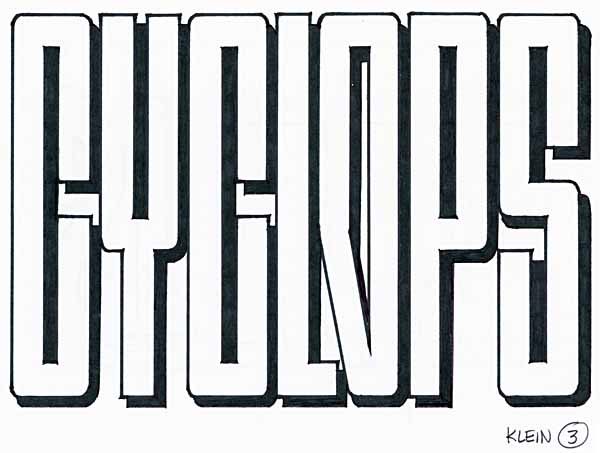 Version 3 carries this idea into a very tall logo, something Marvel was fond of at the time, but in this configuration the boxy letters are becoming hard to read. 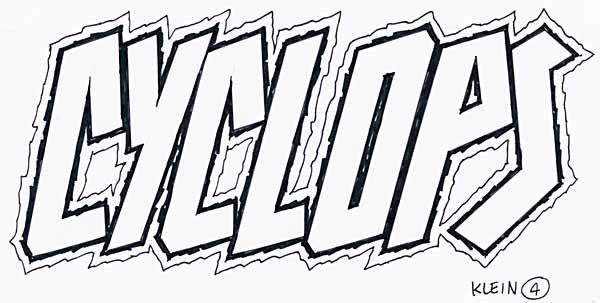 Version 4 adds energy by using all square corners, and rough edges on the letters and the thin outline around everything, which would be filled with a different color and help it read well. I still like this one, particularly the unusual S. 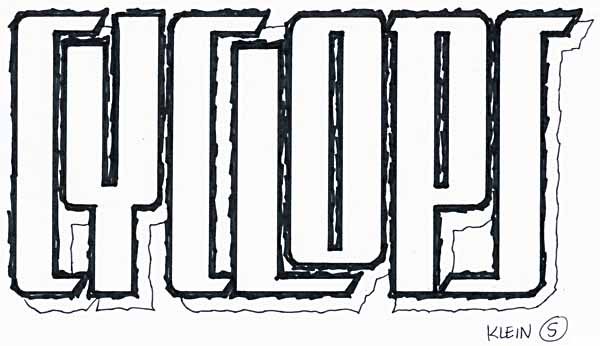 Another treatment with rough outllines, but this one is not as readable or successful. 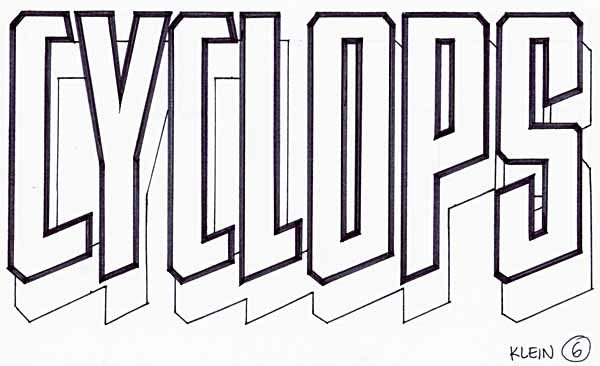 The last sketch helps separate the letters by putting angles at the bottom of erach one, making it more readable, and adding interest. A deep open drop shadow gives it depth while not distracting from the main word. This was the version Marvel liked best. 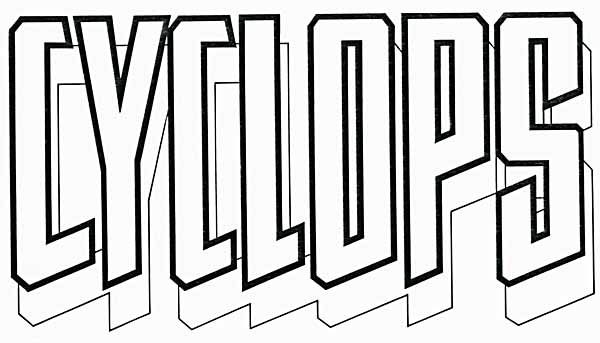 Here’s the final logo, traced over the #6 sketch on Denril plastic vellum. As it was for marketing, it may have appeared on toys or apparel, but if so, I can’t find any images of that. 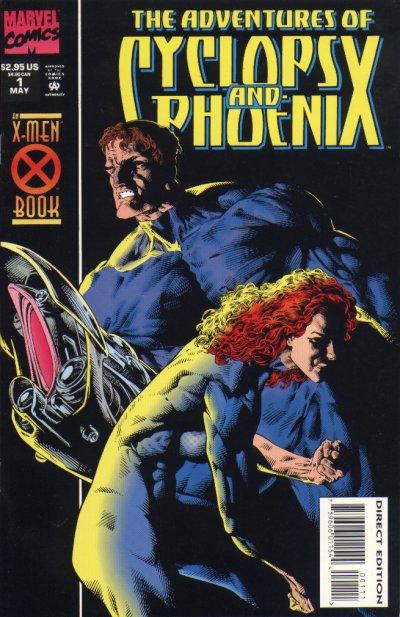 Cyclops co-starred with Phoenix in a 1994 mini-series with a different logo by me, though the entire logo never actually appeared on any of the four covers, it was always partially covered, and my original layout with AND on a separate line was changed so that word floated over the two names, not a great look to my eye. But, hey, it’s and X-Men comic and probably sold lots of copies anyway. 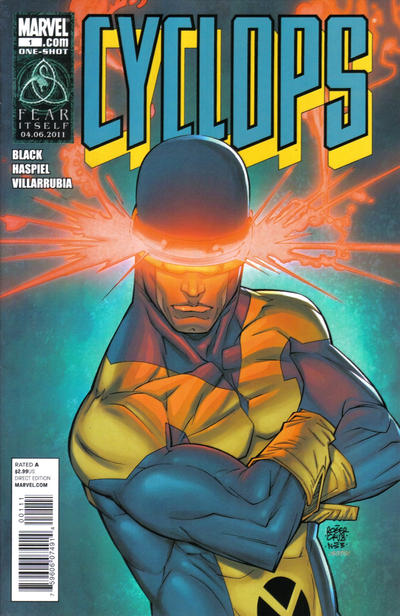 Interestingly, my 1993 logo finally appeared on a 2011 one-shot, something I’ve just discovered. Looks pretty good, I think! Nice that it saw print eventually.

You can find more of these articles in the “Pulled From My Files” category on the right side of this blog, and lots of other logo studies on the LOGO LINKS page, too.