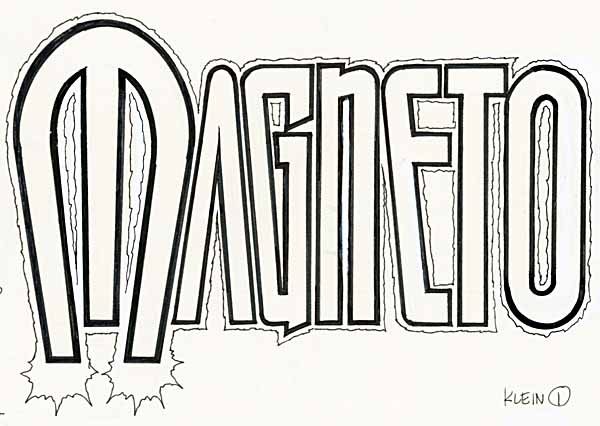 Around 1994-95 I was asked by Kelly Corvese at Marvel to design a new logo for the X-Men villain Magneto. I originally submitted four marker sketches. This first one obvously incorporated a U-shaped magnet in the M. 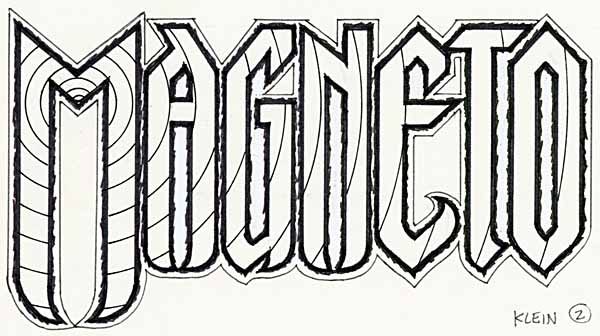 On this one I used concentric circles to suggest magnetic attraction, centered on the top of the M, which in this case slightly suggests Magneto’s helmet, but only slightly. 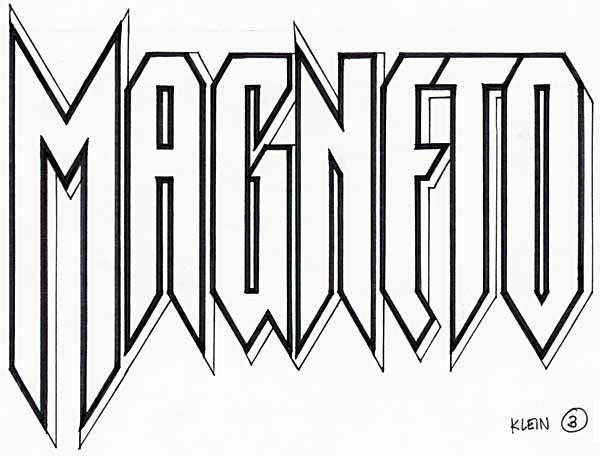 This version used much thicker strokes on the letters, and was very angular and pointy, a popular thing at Marvel at the time. I probably thickened the outline as an afterthought, making the spaces between the letters and strokes too narrow. 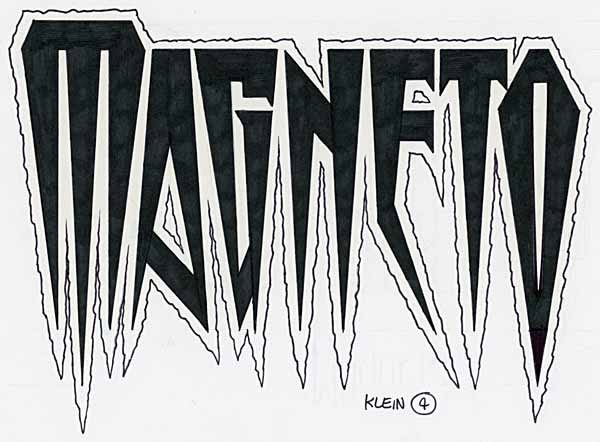 Version 4 goes about as far as possible down the pointy path. I find it the most interesting of the four now, but it’s a bit hard to read. 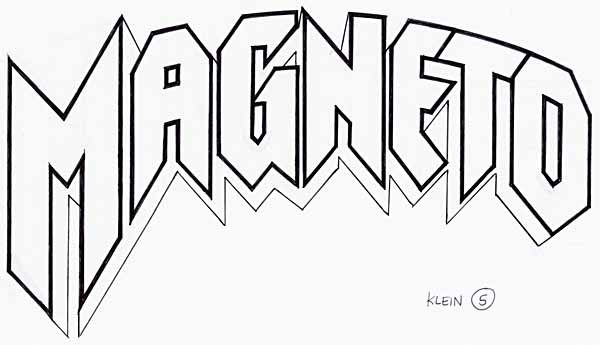 Marvel liked version 3 the best, but asked for some variations. This one made the letters wider and shorter, and put them in an arc. 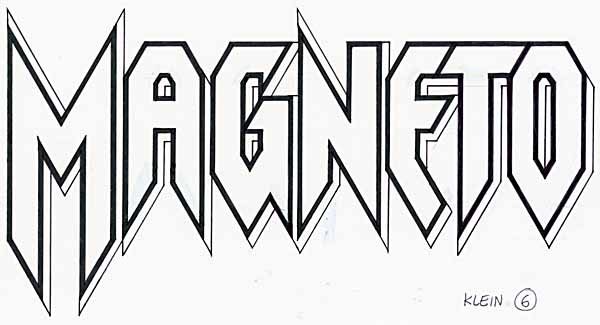 This one follows the same plan without the arc, and fixes the spacing between the letters somewhat. 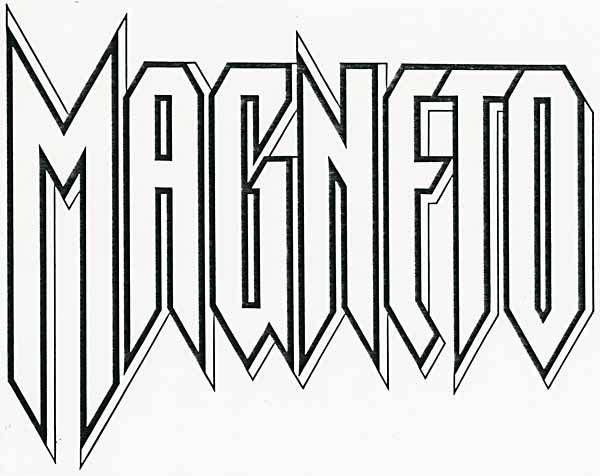 For the final, we went back to version 3 and just made the spacing better. The drop shadows on the upper left of the M and N are completely incorrect, but I apparently thought I needed something there to balance the look. I should have left them out. 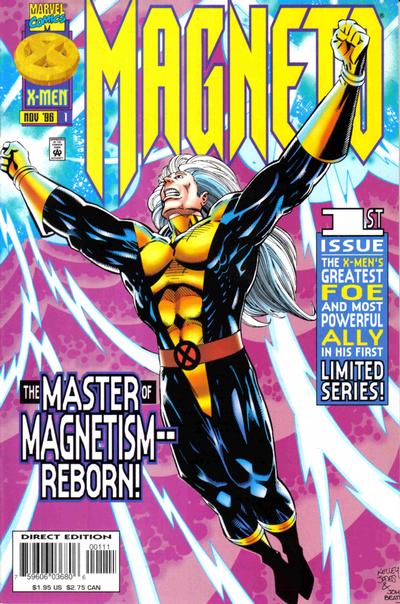 I think the first use in print was on this 1996 mini-series, but Marvel made changes to the logo, removing the drop shadow and thinning the outline. What they probably did was to create a digital tracing in Adobe Illustrator (something I hadn’t done) and that made changing those things easier. Looks okay all the same, I think. 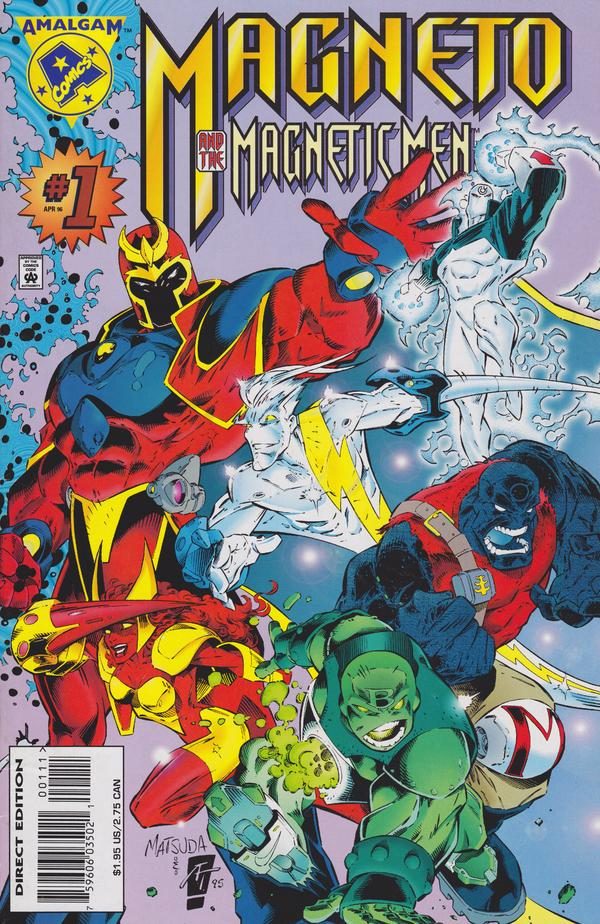 I did a rather squashed variation for this Marvel/DC mashup comic in 1996, on my own computer this time. I don’t like it nearly as much. 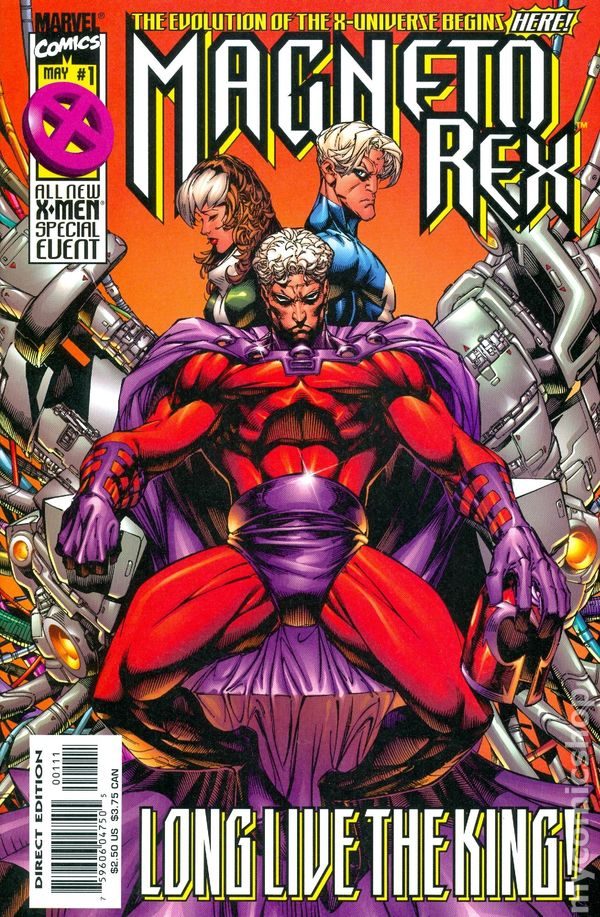 I worked on this variation in 1999, but again Marvel made changes to the weight of the outlines, and the placement of REX that I think look pretty awful. 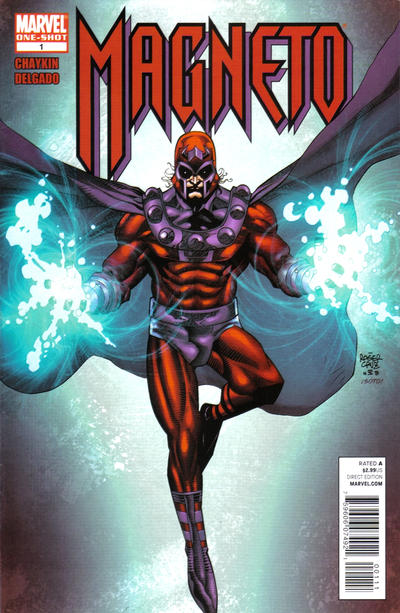 This 2011 one-shot actually comes closest to my original design. They removed the drop-shadow at the upper left of the M and N, which I agree with, and made other minor changes, but this one works the best for me.

More blog articles like this one can be found under the “Pulled From My Files” topic on the right side of the page, or on the LOGO LINKS page of my blog.