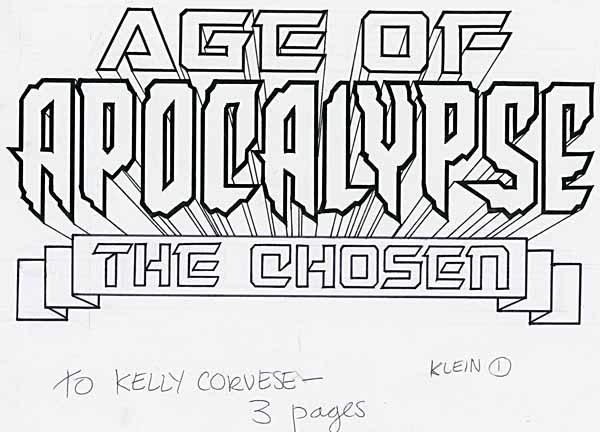 In 1994 I was asked by Kelly Corvese at Marvel to submit logo designs for one of the hundreds of new books the company was pumping out at the height of the speculator boom, a one-shot spin-off of a then-current series. The letter shapes of APOCALYPSE here are similar to a style I had originally developed for the Sabretooth logo, and then at Marvel’s request, used for a new Spider-Man logo. I’m guessing this was suggested by Kelly, though I no longer recall. The telescoping behind the two top lines is something of a throwback to logos of the past, as is the banner for the third line, really, but I think this holds together pretty well. 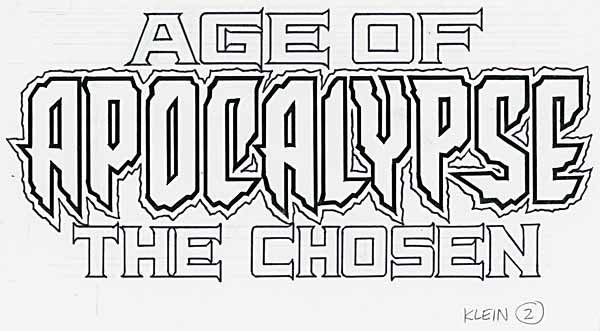 The second marker sketch drops both the banner and the telescoping and uses a different serif style for the first and third lines. 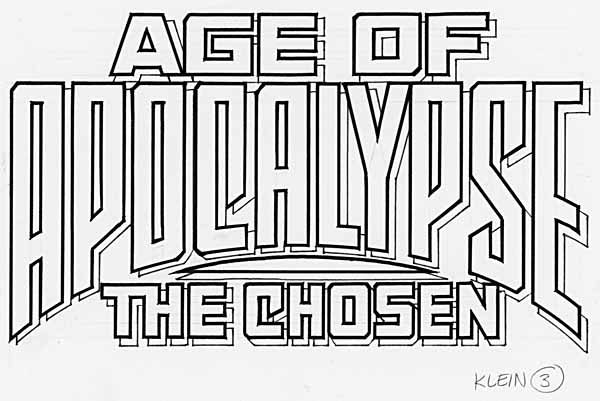 The third sketch goes in a different direction with squared block letters for everything and a lower arc on APOCALYPSE. I think any of these would have worked, but none were used. 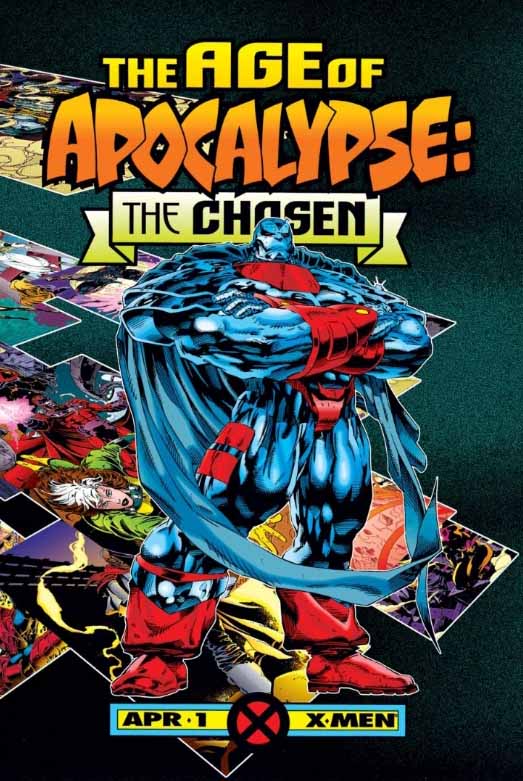 The printed cover uses a Comicraft font for APOCALYPSE that does not go well with the other two lines, and I find this logo kind of awful. So it goes sometimes. I have no idea what the thinking was. At least it was a one-shot!

One thought on “Pulled From My Files #58: AGE OF APOCALYPSE: THE CHOSEN”