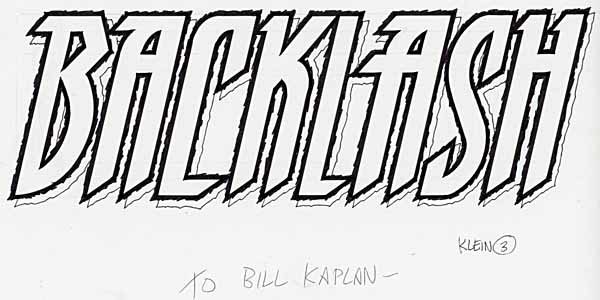 in 1994 I was asked by Bill Kaplan, who I had worked with at Marvel, and who was then the new editor-in-chief at Image, to design a logo for their character Backlash. Several batches of marker sketches were done, I don’t have all of them. I think this is the earliest. It’s very readable and has energy, but perhaps is a bit taller than it needed to be.

This version is less tall, with very wide letters, and in front of them a “psychic energy whip” which the character could apparently produce from his hands. Having not read any of his appearances, this would have come from reference I was given.

Here’s one that uses just the idea of the whip cutting through the letters. Not sure why I left out the horizontal bars of each A, guess it was just a design idea.

I think I got feedback and perhaps a sketch from the book’s artist that sent me in this direction. This look seems more like a FLASH logo to me.  Lots of motion and still fairly readable. 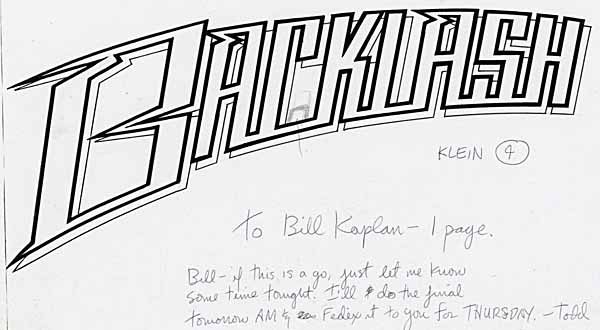 This version runs the bottoms of the letters together, making them much harder to read, but it’s what they wanted. Notice I’ve penciled in a lower foot for the C to make it read better, a change that would be on the final logo, but the L is still tough. Also note in my written message to Bill Kaplan I mention Fedexing the final logo to him. I didn’t have my first Mac and scanner then, I would have been faxing these marker sketches. It sounds like they were under pressure to get the book out and needed the logo as soon as possible. There was a lot of that at Image at the time. (Really, there’s always a lot of that in comics everywhere all the time.)

Here’s a photocopy of the final logo I did and sent in. I can’t say I like it much, I still find it hard to read and I think the letters are too thin. I would have gone with one of the first three sketches. 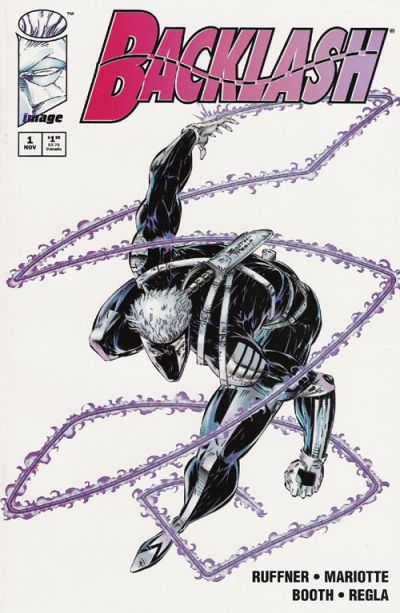 When the first issue came out, my logo was not on it. Perhaps they decided at the last minute it was too hard to read, or just didn’t like it, and there was no time to ask me for anything else. The logo used starts with type and adds the whip effect similar to what I had done on one of my sketches. In fact, this is pretty close to my sketch #5, above. At least it’s easy to read, and as they paid me for what I did, no problem here. 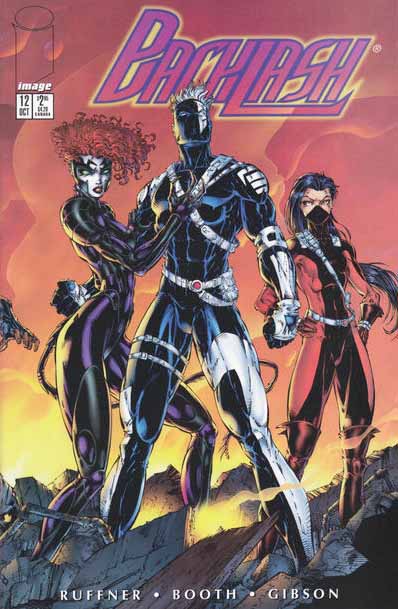 Starting with issue 12 a new logo appeared that I again find hard to read. The K is barely comprehensible, the B is not much better. I don’t know who did either of the printed logos. That’s all I know about this one!